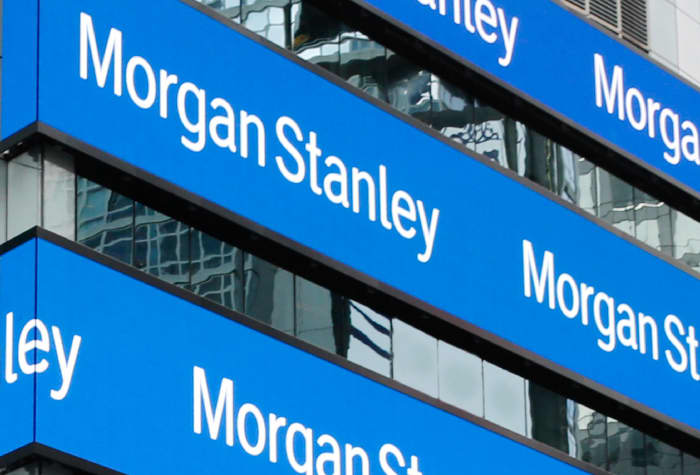 Check out the companies making headlines in midday trading:

Netflix – Shares of the streaming service rose 3.4% after Netflix reported mixed third-quarter earnings results, beating Wall Street’s expectation for earnings and international subscriber growth but just missing on both revenue and domestic subscriber growth. Even as the stock rose, Macquarie Research downgraded its rating of the streaming service to neutral from outperform, saying the company’s quarterly results were “comforting, but competition is coming.”

Morgan Stanley – The bank’s stock rose 2% after reporting third-quarter profits of $2.2 billion, beating expectations set by a Refinitiv survey of analysts. Morgan Stanley delivered $10.1 billion in revenue for the quarter, topping expectations by about half a billion dollars, which the bank said was its best third quarter for revenue in a decade.

Honeywell – The aerospace giant’s stock rose 3% after Honeywell raised its forecast for fiscal year earnings after reporting better than anticipated third-quarter earnings. Even as Honeywell saw lower organic sales growth, analysts were upbeat about the company’s strong guidance according to FactSet.

Chipotle Mexican Grill – Chipotle’s share rose 1.2% in midday trading after Evercore said a “reasonable” five-year price target for the stock is $1,600 per share, about double its current price of $830. Analyst David Palmer wrote that the company should be able to generate better financial results thanks to the development of its digital platform.

CSX – Shares of CSX rose 2.7% after beating Wall Street’s expectations for earnings and operating income, as revenue came in as expected, according to analysts surveyed by Refinitiv. The rail company saw its operating ratio fall to 56.8% in the third quarter, which is a key measure of profits for railroads.

– CNBC’s Tom Franck and Hugh Son contributed to this report

Buying a Single Call Option on the TD Ameritrade ThinkorSwim Platform
A Deep Dive into ARK ETFs
What’s the purpose of hedging a stock or your portfolio?
39 TIP: Investing like Mohnish Pabrai and other Billionaires (Part 2)
17 TIP: My Business Deal with Mark Cuban (w/ Stephan Aarstol)