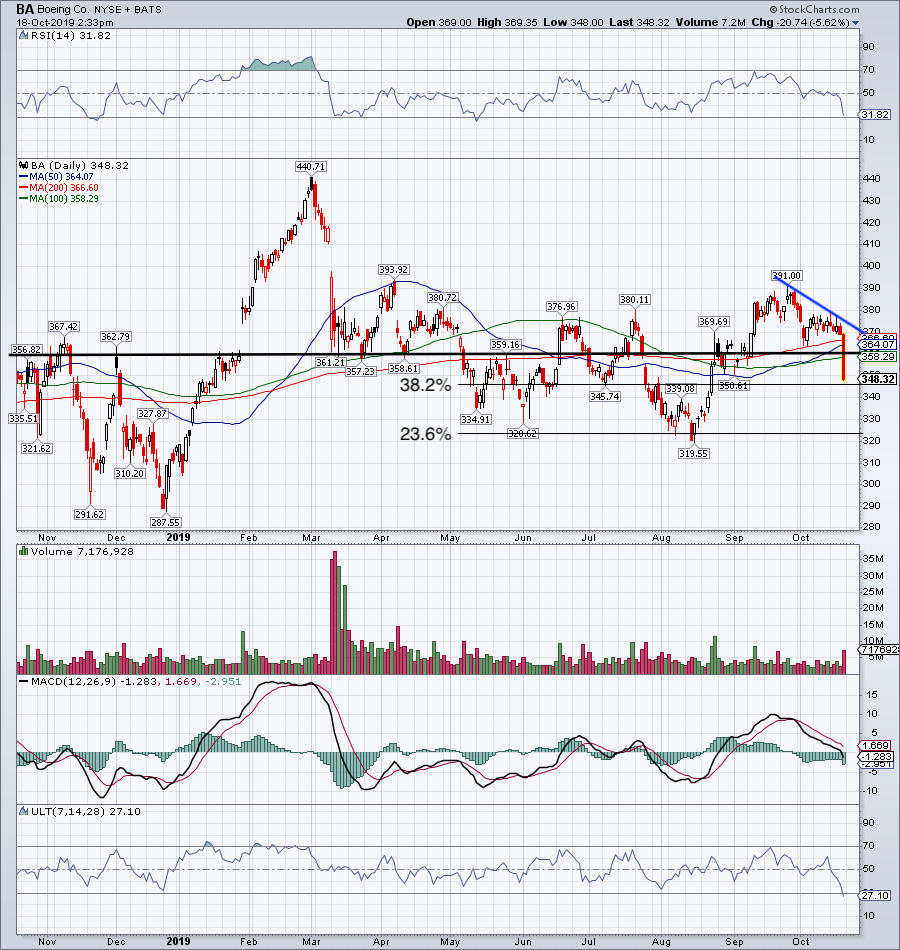 Friday featured some volatility, a few earnings reports, and a selloff in several blue-chip and high-growth stocks. Here’s a look at some top stock trades for next week.

Shares of Boeing (NYSE:BA) were hammered on Friday as worries heat up over the 737 MAX once again. It sent the stock nosediving through $360 support, as well as all of its major moving averages.

Should BA fail to hold the 38.2% retracement now, more losses could be on the way.

Honestly, BA stock is a bit too volatile and news-driven for me at the moment. 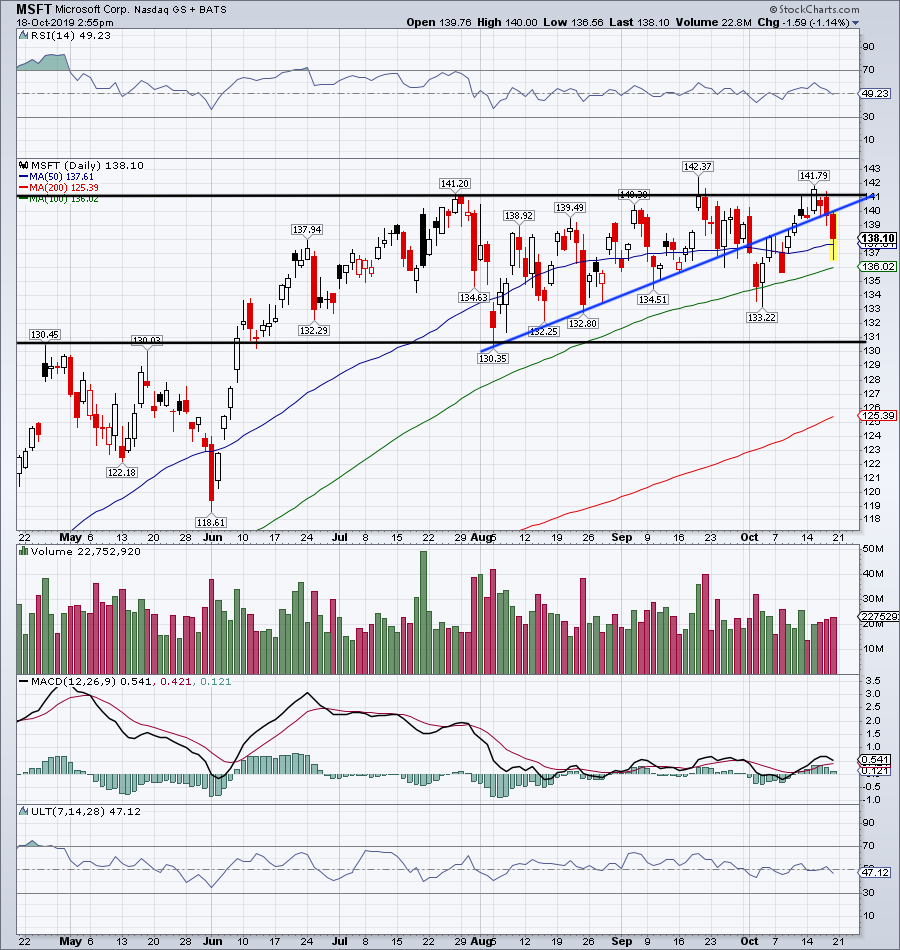 Microsoft (NASDAQ:MSFT) will report earnings next week, and has been giving investors a little shake-and-bake in the days ahead.

Shares nearly broke out just a few days ago. Yet on Friday, the stock momentarily crashed through the 50-day moving average. Below the 50-day could cause a further decline into the report — which would seem to increase the odds of a post-earnings pop afterwards.

Either way, should MSFT rally before or after earnings, see if it can push through resistance around $141. Below the 50-day and 100-day moving averages, could put the $130 to $131 level on the table, where it will also find the 78.6% retracement. 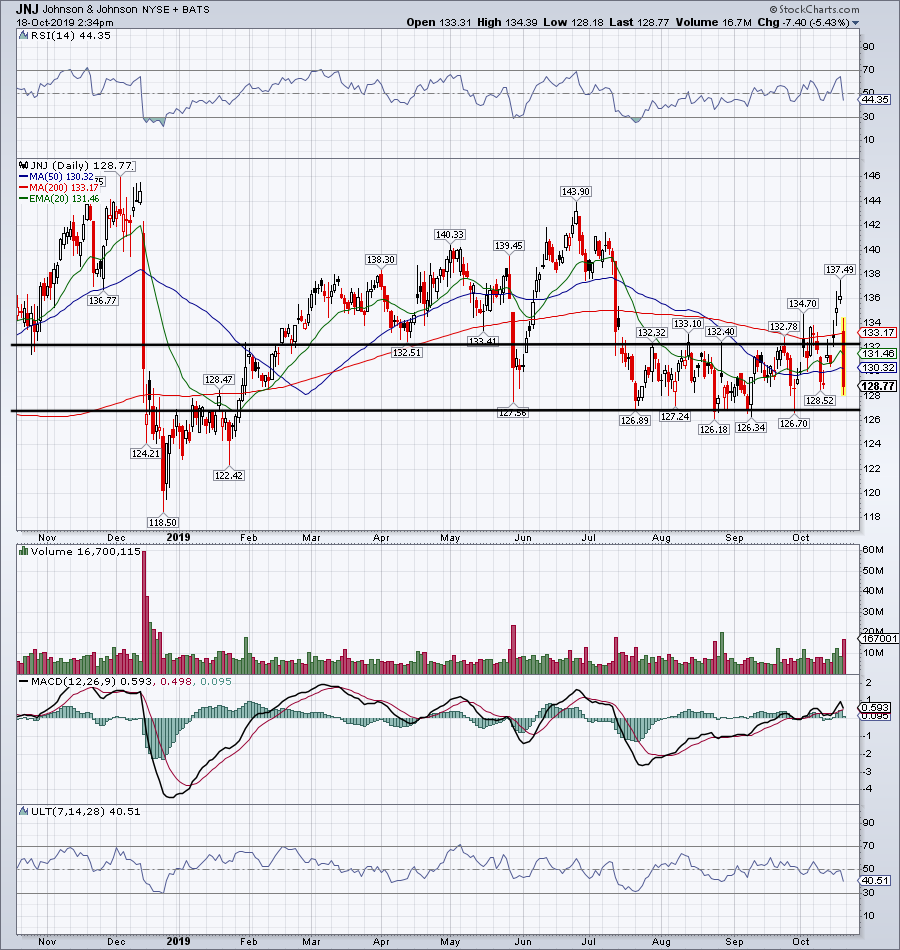 Shares had been range-bound between $126.50 and $132.50 for months. After a beat-and-raise quarter earlier this week, shares were finally breaking out of this range.

Then on Friday, the company announced a recall out of “an abundance of caution.” The move sent J&J tumbling lower, and it is now back in its prior range. So long as range support holds, bulls can stay long JNJ.

Below that level makes J&J susceptible to more losses, though. 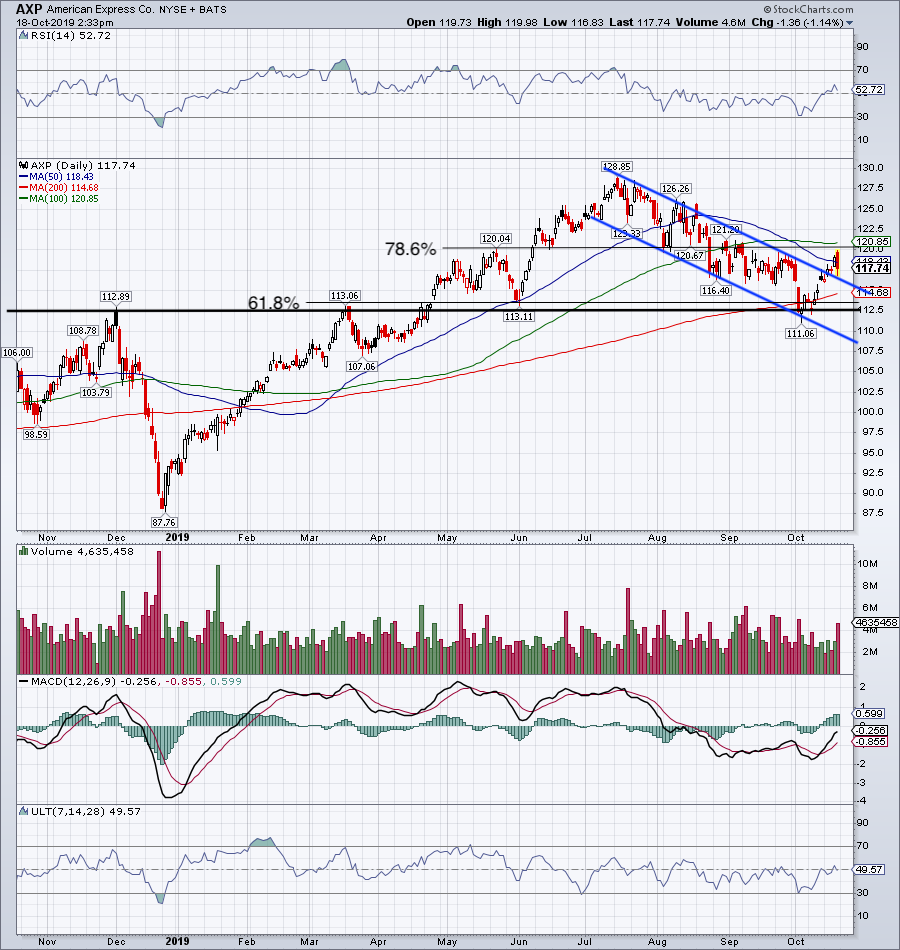 While the stock has finally broken out of that nasty downward channel (blue lines), it’s failing to reclaim the 78.6% retracement and hold above the 50-day moving average. 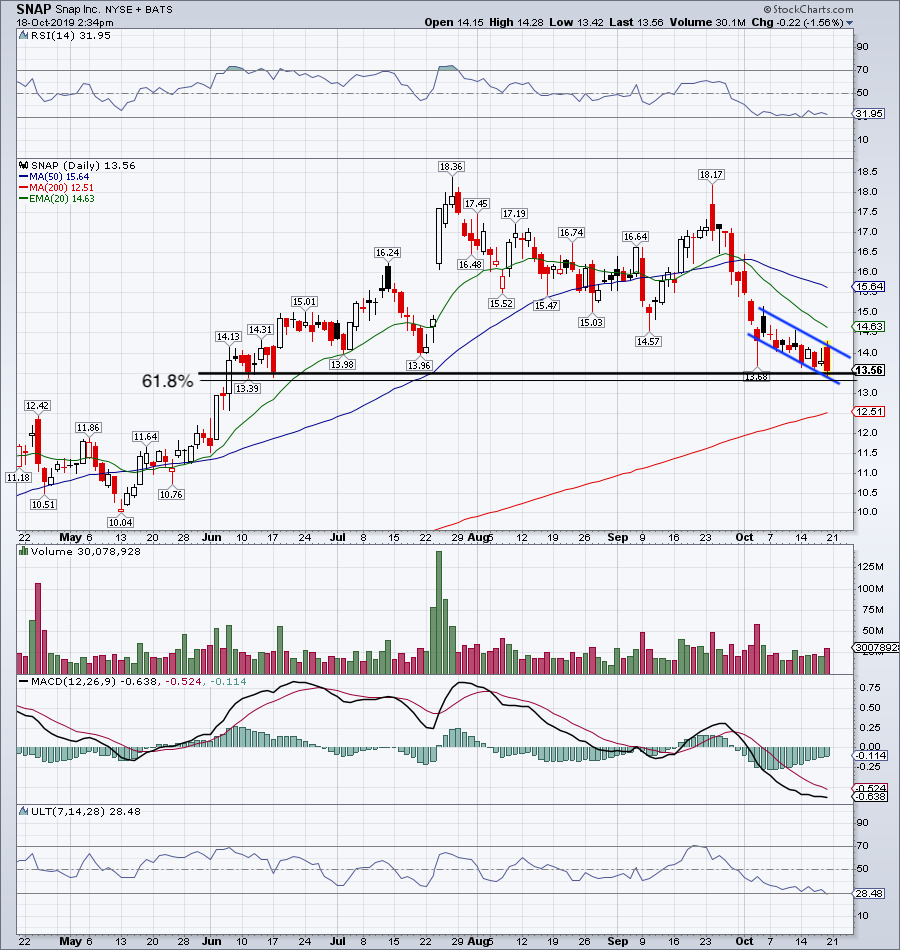 Even an upgrade can’t snap Snap (NYSE:SNAP) out of its latest funk, (apologies on the lame pun).

Should shares lose the $13.50 level and fall below the 61.8% retracement near $13.25, a test of the 200-day moving average could be on the way. If they hold as support, investors need to see SNAP break out over channel resistance and reclaim the 20-day moving average.

It wasn’t that long ago that this name was on fire, but it has been a total dud over the last three to four weeks. Until it shows signs of turning it around, be careful on the long side.