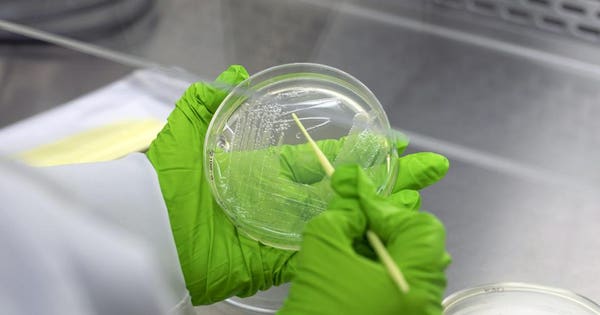 Biotechnology stocks were some of the strongest performing stocks from 2009-2015. Then, the biotech bubble burst and just about every major biotech stock plunged into a private bear market. Since then, biotech stocks have bottomed and are now rallying once again. Valuations and sentiment have been reset which opens the door for higher prices. That said, here are two common mistakes investors make when investing in biotech stocks.

Gallery: The Top 10 Biotech Companies In The U.S.

Avoid The One Hit Wonders:

Biotech companies come in all different shapes and sizes. One big mistake investors make is that they see a company with one hot drug and they think that is enough to change the world. The problem many companies face is that they need to innovate to stay relevant in the long run. I spoke to Joshua D. Goldman, PhD, CFA who is a Partner and Director of Research at Taylor Wealth Management Partners and he prefers to avoid companies with only one drug candidate and told me, “An investor should favor companies that have a core technology which is already proven safe and potentially hints at being effective i.e. a therapy based on this core intellectual property has already made it beyond phase I and hopefully phase II clinical trials. This should increase the chance that other drugs based upon the same core intellectual property are also safe. If there are many drugs in the pipeline based on the same platform, than an investor has “many shots on goals” thereby increasing the likelihood of success.“

Carl H. Scholtz, CFA, at Scholtz & Co. LLC with $200 million in assets under management agrees that innovation is extremely important for biotech companies. Carl also cautions investors to make decisions based on improving fundamentals, not just low valuations. Carl told me, “I do not think valuation should be the primary reason to buy these companies (or any companies for that matter). You want to marry good valuation with positive or improving fundamentals. For the big biotech players that have struggled, I think the stocks are largely stuck until the narrative can change. If they can hit on a sizable pipeline asset or do a transformative acquisition, it will likely be the catalyst to get that particular stock going. Any positive resolution on drug pricing would be huge for all drug companies. If enough industry positives come to bear, the whole group will turn.”

The second big mistake investors make is that they are not patient. By definition, profits are a function of time and the same is true for developing new drugs. Biotech companies are working hard to be the first out of the gate to develop a new drug that can cure a major disease. That is a big positive for the broader population and for its shareholders. But keep in mind, that like profits, developing game-changing drugs, takes time.

I spoke to Marc Pfeffer, Senior Portfolio Manager at CLS Investments, with $9 billion in assets under management and he told me, “most investors should use ETFs because this way you get exposure from the group but do not have the single stock risk of a one hit wonder.” Regarding the second point, he said, “Being patient applies to all equity investing. Long term investing typically gives the investor the best experience.”

Biotech stocks have bottomed and are now turning higher. Investors can do well if they avoid one hit wonders and are patient with this sector.