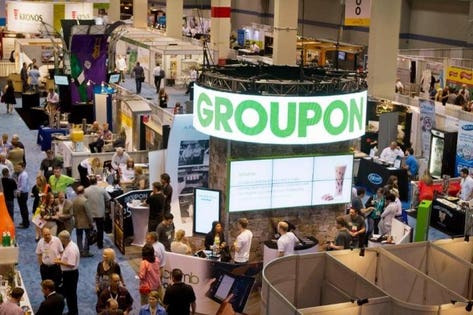 Groupon announced its second quarter earnings on August 3, reporting a 7% year-over-year decline in revenues to $617 million. The company reported a similar decline in revenues in the first quarter as well. A decline in revenues was expected due to the company exiting some key markets in the last couple of years, in an attempt to boost profits. As a result, the company’s gross profit and EBITDA margins have somewhat improved in recent quarters. This has also resulted in a strong double digit increase in non-GAAP net income and earnings per share.

We have summarized our full year expectations on our interactive dashboard on what to expect from Groupon through 2018. You can modify any of our key drivers and forecasts to gauge how changes would impact the company’s results for the year (and see how Trefis technology is used by CFOs, private equity firms and institutional investors).

It should be noted that, according to recent trends, Groupon’s third-party business has performed well in North America, while direct sales have been the key growth driver in international markets. Consequently, margins improved in North America and compressed in international markets, as the third-party business has higher margins. Going forward, we expect the trend to continue through the end of the year. North America revenues are expected to fall 10% to $1.7 billion for the year. On the other hand, we forecast International revenues to remain flat over 2017 levels to around $900 million for the year. We expect margins to be a percentage point higher than 2017 levels, with earnings and EPS increasing by almost 75% y-o-y to $120 million and $0.22. The main reason for a strong double digit growth in earnings is the small base factor ($70 million and 12 cents a share, respectively) leading to easier comparisons. Our EPS forecasts for Groupon are in line with the consensus estimates.

Like our charts? Explore example interactive dashboards and create your own