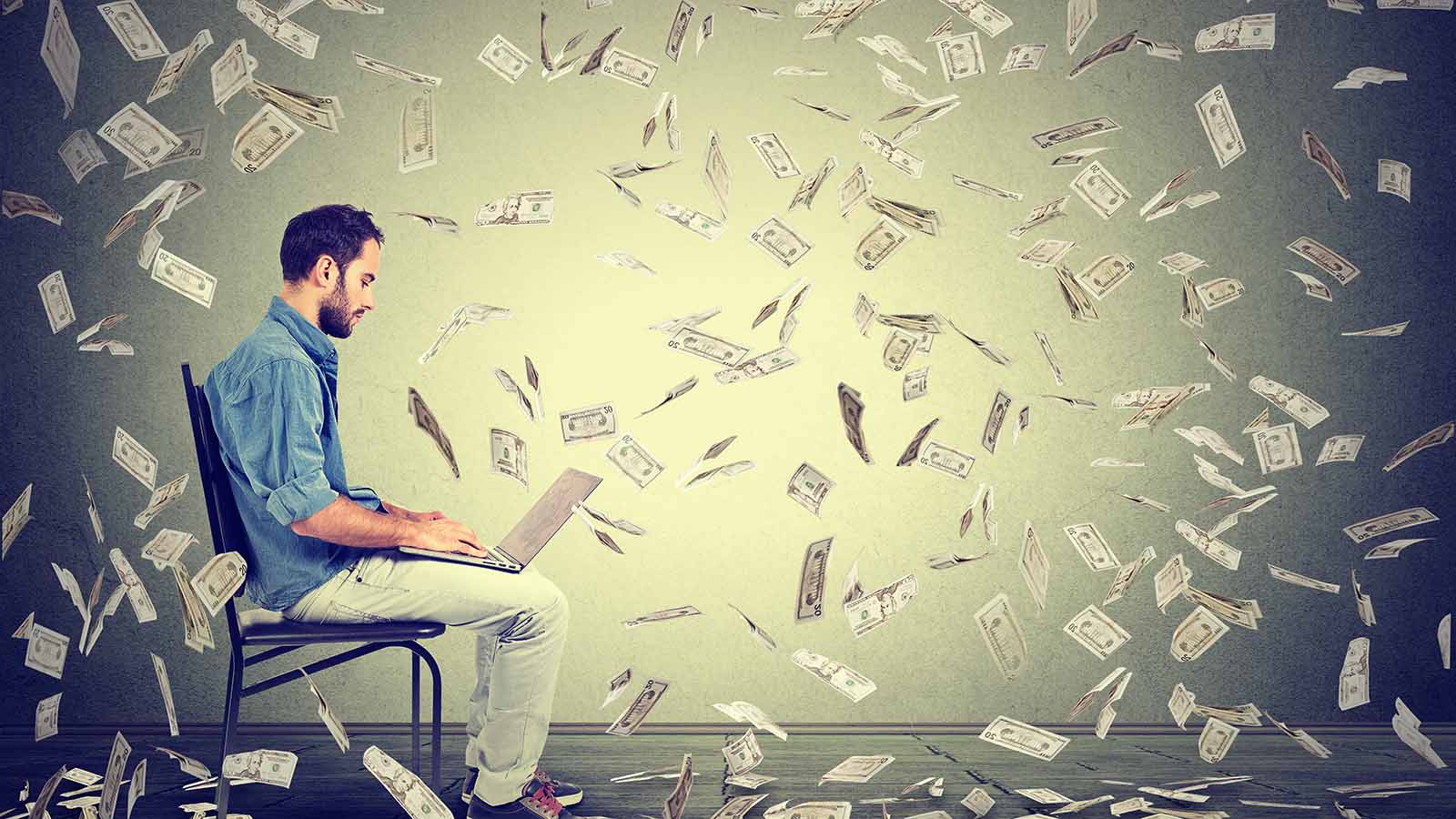 [Editor’s note: “The 8 Best Cash Cow Stocks to Buy for Stable Returns” was previously published in October 2019. It has since been updated to include the most relevant information available.]

One of the most popular investment strategies is to focus on fast-charging growth companies. The appeal, of course, is that you can get in on the ground floor of a paradigm-shifting industry. But remember the adage cash is king. The most dependable stocks to buy are usually what people call “cash cows.”

While no one will criticize sharply rising growth metrics, cash flow represents a business’ lifeblood. A weakened cash position can lead to severe problems further down the road, even with strong growth. No matter how viable an organization, it must find a way to keep the lights on. That’s why some of the best investments also feature consistent free cash flow.

Another reason to look at a company’s money outflows as opposed to strictly its income statement is flexibility. Simply put, well-financed operations have more options. They can choose to put money to work through key investments, or to expand operations.

And if the worst happens, and the underlying industry hits a recession, cash cows can better weather the storm. Because of this dynamic, you’ll want to at least peek at the cash flow statement for your target investments.

Below are the eight best cash cow stocks to buy now:

I’m going to make a confession straight off the bat. I don’t understand why people eat at McDonald’s (NYSE:MCD), particularly those who do so regularly. Admittedly, they make great coffee and their French fries are to die for, but the rest of it? Not quite so appetizing.

Nevertheless, I don’t need to understand a phenomenon to recognize that it’s working. Moreover, those who are looking primarily for reliable stocks to invest in should seriously consider MCD stock.

Additionally, McDonald’s enjoys consistent FCF every year, offering invaluable confidence in a rising, but unpredictable market. Plus, MCD pays out a 2.57% dividend yield, which management should have no problems sustaining. 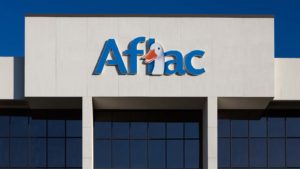 We often say that there are two guarantees in life: death and taxes. In reality, we should add a third, which is random events that conspire to ruin your day. Whether it’s a massive accident or a debilitating illness, stuff happens.

When it does, Aflac’s (NYSE:AFL) insurance products can help you or your family recover financially.

It’s amazing how much a relatively common occurrence, such as a broken leg, can add up to serious out-of-pocket expenses. Just for the consistent demand, AFL should be on most people’s list of stocks to buy. And as you might expect, Aflac enjoys robust cash flows from operations.

AFL is one of those conservative stocks to buy that have performed well in the markets. On a year-to-date basis, shares are up 11%. Better yet, Aflac pays out a 2.1% dividend yield. Steady growth and passive income? AFL is too good to ignore. 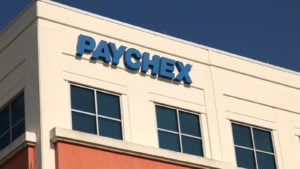 If you’re asked to come down to the human resources department, chances are, it’s for unpleasant reasons. Nevertheless, HR plays a crucial role as it deals directly with a company’s most valuable asset: people. You can never go wrong with experts in this field, which is why Paychex (NASDAQ:PAYX) is a consistent winner.

But another factor boosting PAYX is their product flexibility. Despite their big-name brand, they offer scaled solutions for virtually any organization. From tiny businesses with a lone employee to major, multinational firms, PAYX can tailor-fit an effective, efficient platform. That will come in handy over the next few years as new businesses focus on agility rather than brute size.

As you might expect, Paychex features a healthy balance between growth and cash flows; PAYX is up 28% so far this year.

The video game sector offers some of the best stocks to invest in. Thanks to gaming culture and tournaments going mainstream, this is an industry that will perpetually rise higher. Over the longer-term, this presents a viable tailwind for Activision Blizzard (NASDAQ:ATVI).

Admittedly, though, the ride in ATVI hasn’t been an easy one. While its YTD performance is pretty much flat, shares have gyrated severely multiple times.

Investors have an understandable concern that they’re buying into ATVI near at or near its highs. Moreover, Activision has suffered significant competition; namely, Epic Games’ “Fortnite.”

Still, I’m not worried. In terms of first-person shooting games, ATVI is still the king. Its “Call of Duty” series is legitimately a cash cow. Furthermore, Activision’s financials have consistently demonstrated rising cash flow from operations. That might take a hit this year due to the competitive environment.

However, don’t count out ATVI. Not only can Activision leverage its own strengths in shooter games, “Fortnite” mania may be peaking.

Out of all the cash cow stocks to buy, Alphabet (NASDAQ:GOOG, NASDAQ:GOOGL) stands alone. One of the chief reasons why is due to the company’s prevalence across multiple lucrative markets. From laptops to cloud computing to driverless-vehicle technology, GOOG disrupts any sector it wishes.

But the biggest reason I like Alphabet is that it dominates the internet. I realize that it’s a tired argument because everybody has mentioned it. That doesn’t mean, though, that the argument is any less valid.

For instance, we all know that Google is the most popular search engine, but the gap between first place and second-ranked Bing is a whopping 66%!

Moreover, Google is the unquestioned leader of mobile and tablet search engines with a 93% market share. In order to get anything done online, you essentially must go through Alphabet. And if your company doesn’t rank well on Google, you’re dead in the water. 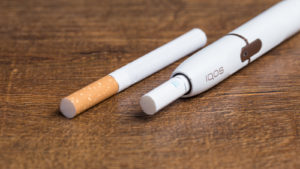 On the surface, it appears big tobacco firms like Philip Morris International (NYSE:PM) face a double-whammy.

First, Americans are smoking cigarettes at a significantly reduced rate. Also, the under-18 crowd isn’t taking up the habit like prior generations had. Second, the vaping market has exploded in popularity thanks to its cleaner platform.

I don’t think it’s over for Philip Morris. For one thing, several markets, including the eastern Mediterranean and Africa, have witnessed a lift in smoking rates. That, of course, suits PM perfectly, which is the international arm of the iconic tobacco firm. PM stock has rebounded this year. On a YTD basis, shares have jumped 25%.

Best of all, Philip Morris is a cash-rich organization. That provides substantial confidence in the company’s generous 6.1% dividend yield. 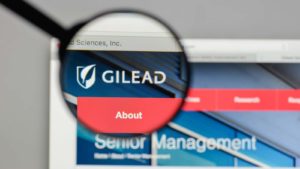 Thanks to an unpredictable political environment and an extremely competitive atmosphere, several pharmaceuticals have underperformed this year. Gilead Sciences (NASDAQ:GILD) is no exception, with GILD shares having fallen 1.6% YTD under choppy conditions.

But in the long run, I don’t expect this pressured situation to continue. Earlier this year, Gilead announced positive results from a late-stage clinical trial of a rheumatoid arthritis drug.

Additionally, management is looking forward to developing iterations of its HIV drug, Biktarvy. GILD could develop an injectable version of Biktarvy for patients who are resistant to the drug.

If nothing else, GILD belongs on your list of stocks to buy thanks to its cash position. Even under a challenging environment, Gilead managed nearly $12 billion in operating cash flow last year. The company is more than stable enough to continue supporting its dividend yield, which currently stands at 4%.

As Canada’s biggest communications firm, BCE (NYSE:BCE) essentially has a moat. In this day and age, no one can survive without internet access.

As such, BCE leverages extensive broadband and wireless networks that have a value north of $4 billion. The company’s broadband footprint extends out to 9.2 million locations, and it offers LTE wireless coverage for almost every Canadian.

These impressive stats finally have started to translate into market success. So far this year, BCE shares are up 21.5%.

Shares have grown slowly and steadily since the beginning of the year, suggesting the worst of the volatility is behind it. Second, BCE’s revenues have steadily increased over the past three years, and we’re on pace for a fourth. Finally, BCE offers a generous 5% dividend yield, which the company can support.

Last year, the telecom firm had $5.8 billion in operating cash flow, and $2.6 billion FCF. Unless Canadians suddenly stop using the internet, you can trust BCE.