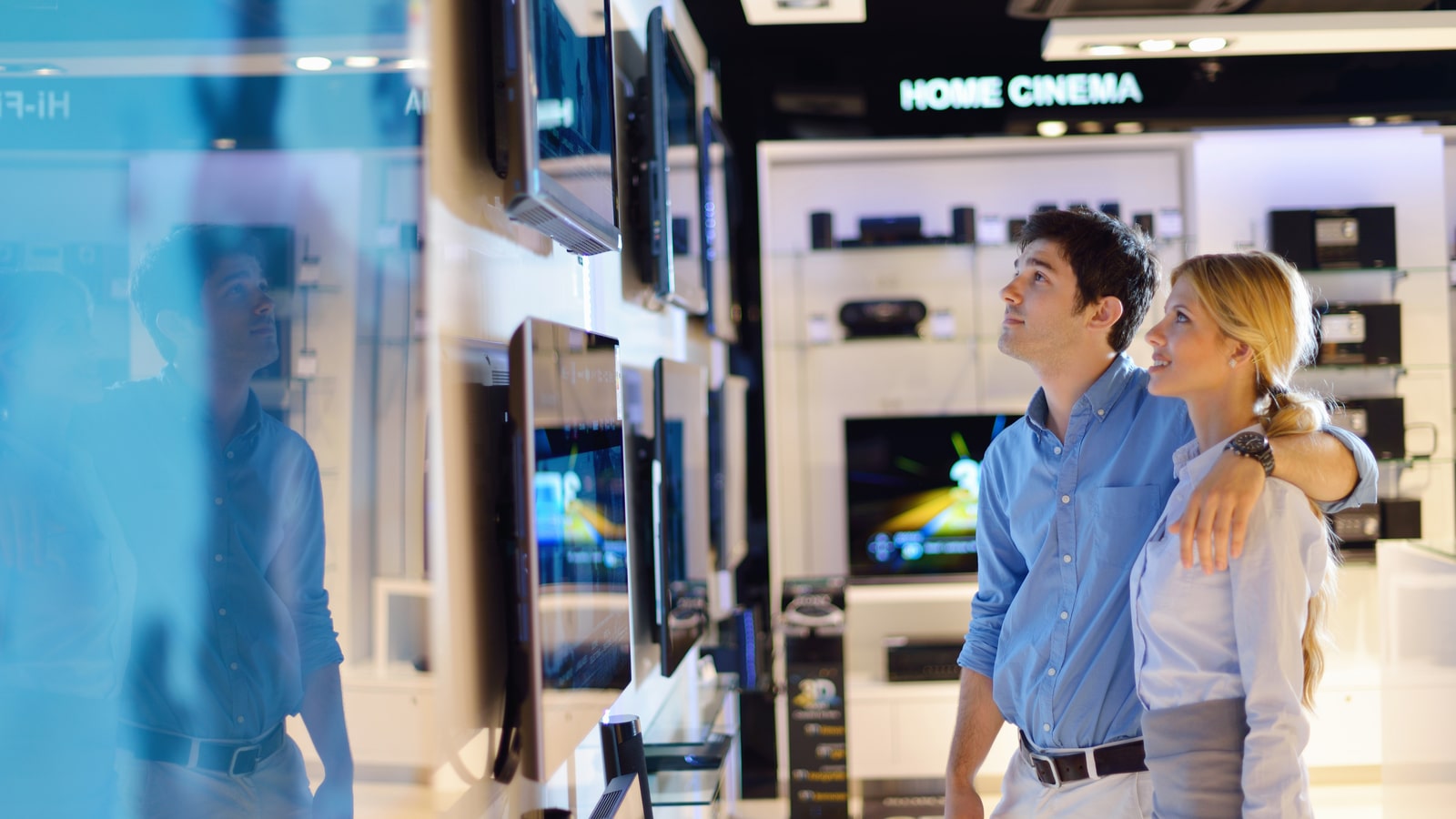 There’s no doubt that the U.S. stock market is still on its bullish trail. And much of that is thanks to the consumer.

Consumers make up about 70% of the U.S. economy. And they seem to remain confident, as they continue to spend money.

Going into the holiday season, that means good times for the stock markets, since everyone is expecting rising sales. It also places consumer stocks among the best stocks to buy right now.

Plus, it looks like the worst won’t happen with the trade war with China; no new tariffs and maybe a deal at some point.

While even just a whiff of a deal is enough to keep the markets in the green, the sheer fact that that is all it takes is somewhat concerning. But this isn’t the time to fight the tape.

Below are seven of the best consumer stocks to buy before Black Friday. While these aren’t all retailers, they are stocks that are benefiting from the feel-good spot the U.S. consumer is in right now.

It makes infant, toddler and juvenile clothes and accessories and has been doing so since 1957. CRWS has relationships with all the big stores, including Walmart (NYSE:WMT), Target (NYSE:TGT), Amazon (NASDAQ:AMZN) and others.

When jobs are stable and interest rates are low, babies are the next logical conclusion for a decent swath of the U.S. consumer sector. And if that’s the trend, CRWS is going to be there. And that’s showing up in its numbers.

The stock is up almost 40% year to date, still delivers a very respectable and solid 4.2% dividend and has a trailing price-to-earnings ratio of a mere 13. With that kind of income stream, it’s a great long-term growth holding.

Roku (NASDAQ:ROKU) is the most talked about streaming service out there today. And that also makes it one of the hottest consumer stocks on the market.

It was only about five years ago when people were just starting to talk about streaming services. And ROKU stock has only been trading for about two years.

My, how times have changed.

We went from dominant cable and telecom providers delivering content to our homes and offices to the internet delivering all these features and more. The small faction of millennials that were “cord-cutters” due to improvements in mobile networks and internet bandwidth, has become an entire industry that includes all generations.

And ROKU was one of the leaders in this massive shift. The company continues to expand a quality product line and develop clever competitive partnerships that reinforce its brand.

The stock is up a staggering 400% year to date. And while that kind of growth isn’t sustainable, it will continue on this growth path as long as it isn’t purchased at a massive premium by a major competitor.

I know that sounds strange to the oldsters out there. But the one thing about younger generations is they like quality over quantity. They will pay $200 for a pair of jeans, but may only have one pair of jeans. More is not more.

And that philosophy is also evident in bedding. Instead of a cheap futon or bed you throw away every time you move, they invest in beds. And so the Tempur-Pedic brand combined with classic Sealy and Stearns & Foster brands made perfect sense.

TPX has a built-in global base and there are so many accessories that go along with a quality mattress that the business model makes perfect sense. Plus every mattress store wants to sell these strong name-recognition brands.

Low interest rates mean low financing. The stock is up 107% year to date. We’re talking about a bedding stock, not a chipmaker. And the P/E is still only 31.

Leggett & Platt (NYSE:LEG) is a furniture maker that has since expanded into bedding components, industrial equipment and specialized components for cars and other industries.

It has been around since 1883, which means it has been through some very tough times in the U.S., like a couple big depressions and two world wars. It is a survivor that has found a way to thrive when times are good.

It is also a dividend aristocrat, meaning it has raised its dividend every year for 25 years or more. Currently, that dividend sits at 3%.

The stock for this OG furniture company is up 48% year to date, outpacing big tech firms and sexy biotechs. And they don’t offer dividends.

Lennar Corp (NYSE:LEN) is the largest homebuilder in the U.S. So it makes sense that in a decent economy with very low interest rates that buying a top homebuilder is a pretty good idea.

Earlier this year and in previous years, usually high-end homes that were focused on people buying investment properties or buying up made more sense since they had more cash to splash and could get better financing deals.

But now, low rates and easier money are available to more people and Gen X as well as millennials are getting more interested in first-time home owning rather than renting.

And for the homebuilder, it means lower financing costs that can offset some of the higher costs of goods because of the trade war. Also, a strong dollar helps keep import pricing down.

LEN stock is up 53% year to date, which has to do with the big drop last Q4 and the subsequent rebound in the market. But these low rates aren’t going to go away anytime soon and that’s good news for homebuilders.

Delta Apparel Co (NYSE:DLA) is a rare breed for a couple of reasons. First, it is a U.S.-based activewear and apparel maker that makes most of its products (in-house brands like Salt Life, Soffe and Delta) in the U.S.

Most activewear clothing firms contract out the work overseas. But DLA, which is headquartered in South Carolina and uses the longstanding textile base in the Carolinas, keeps most of its production local.

Second, DLA has been in business since textile work in the South was the engine of the economy. It started in 1903. And that gives you a sense of its durability.

It’s also impressive given the fact that the company only has a market cap of about $185 million. That’s a small fish that has lasted a long time with a lot of big fish swimming around.

This segment of the clothing market continues to expand as causal styles continue to dominate, especially the beachy, yoga looks.

The stock is up 55% year to date and may not grow like this forever, but DLA is a solid bet on U.S.-based manufacturing.

Avon Products (NYSE:AVP) may be as much a surprise to you as it was to me when it popped up on this list. Left for dead nearly a decade ago, the company has made its way back.

That’s especially impressive in an age where tiny companies have eaten up the boutique markets and massive companies like Ulta (NASDAQ:ULTA) have become giants.

But AVP has worked hard in developing markets where its “Avon Lady” approach is still popular and infrastructure is more challenging. It also still has some cult products that even mainstream Americans still buy.

Plus, it has beefed up online sales, which allows it to leverage its brand goodwill and compete with other unknown niche brands.

And it seems to be working. The stock is up 191% year to date. And its recent earnings beat, while revenue slightly declined. It’s continuing to work with its door-to-door model and that led to some revenue decline.

But it looks like AVP has found its footing in the 21st century and as long as developing markets are reasonably healthy this is a good play on them.