U.S. equities are pushing to new record highs this week thanks to more indications that a Phase One trade deal between the United States and China is forthcoming. A number of big M&A deals have bolstered sentiment as well, including a $26 billion deal by Charles Schwab (NYSE:SCHW) to buy TD Ameritrade (NASDAQ:AMTD) and a $16.2 billion deal by LVMH (OTCMKTS:LVMUY) to buy Tiffany & Co. (NYSE:TIF).

But things are looking overbought here, vulnerable to a pullback should the deal not actually go through after months and months of teasing. If that happens, here are five stocks that should lead the reversal to the downside: 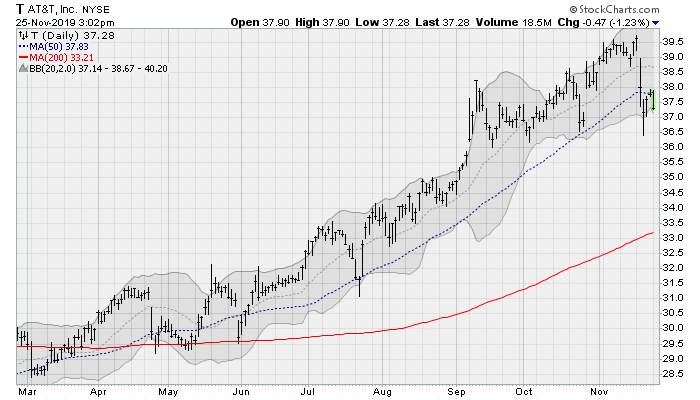 The company will next report results on Jan. 29 before the bell. The stock has been under pressure amid the ongoing loss of DirecTV subscribers. Analysts are looking for earnings of 88 cents per share on revenues of $47.1 billion. 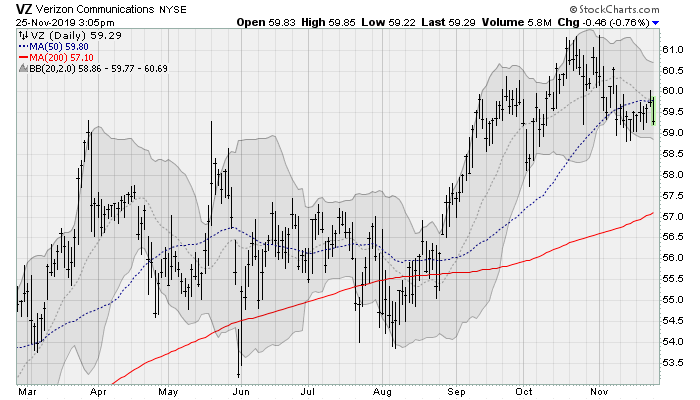 Like AT&T, Verizon (NYSE:VZ) is suffering from an ill-timed move to get into the content business at a time when heavyweights like Apple (NASDAQ:AAPL) and Disney (NYSE:DIS) are pushing into the space pioneered by Netflix (NASDAQ:NFLX) and creating new online content. It makes the purchase of AOL and Yahoo seem like truly horrible decisions, in retrospect.

The company was recently downgraded by Nomura and HSBC Securities analysts. VZ will next report results on Jan. 30 before the bell. Analysts are looking for earnings of $1.15 per share on revenues of $34.6 billion. 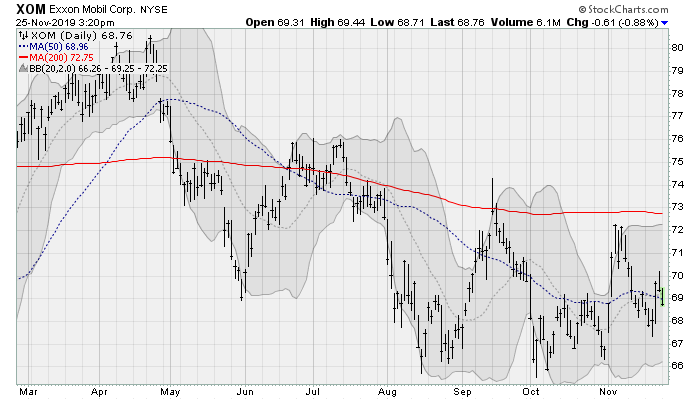 ExxonMobil (NYSE:XOM) shares have dropped back below their 50-day and 20-day moving averages, setting up a retest of the multi-touch low near $66 set over the last four months. Despite a nice dividend yield of around 5%, there just isn’t much going for the energy sector at the moment with global growth tepid and millions of barrels of extra supply in the U.S. shale patch ready and willing to come online should prices push higher.

The company will next report results on Jan. 31 before the bell. Analysts are looking for earnings of 72 cents per share on revenues of $64.3 billion. 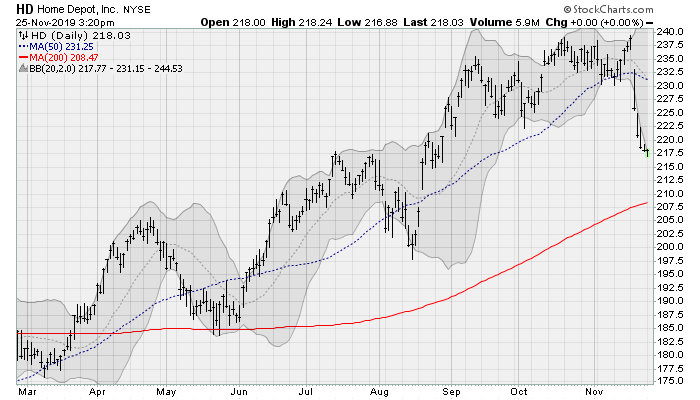 Home Depot (NYSE:HD) shares have been in free-fall since peaking earlier this month. This after reporting results that suggested a slowdown in the housing market could weigh on results on an ongoing basis. Comp-store sales were weak and forward guidance was lowered.

The company will next report results on Feb. 25 before the bell. Analysts are looking for earnings of $2.13 per share on revenues of $25.9 billion. 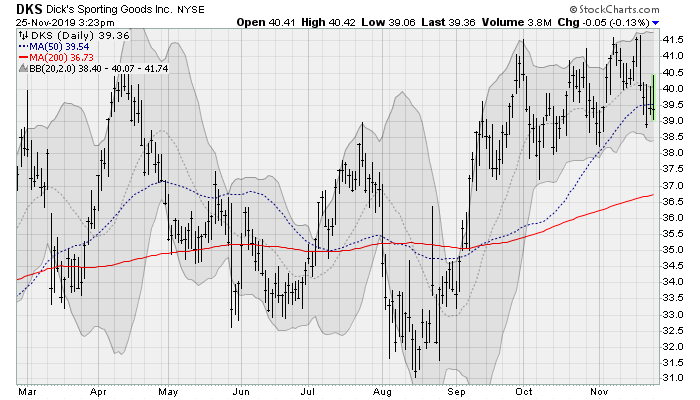 Shares of Dick’s (NYSE:DKS) is falling back below its 50-day moving average, setting up a decline back to the 200-day moving average and potentially the August low near $31 — which would be worth a decline of more than 20% from here. Analysts at Wells Fargo downgraded the stock back in September on concerns over valuations and the balance of risk vs. reward. Heading into the tough holiday shopping season, watch for intense competitive pressure and margin erosion.

The company will next report results on Nov. 26 before the bell. Analysts are looking for earnings of 38 cents per share on revenues of $1.9 billion.