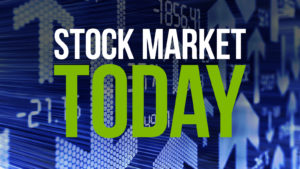 On Tuesday, the second day of trading in the month of December, it looked like we could be heading for a rocky month. By the end of the week though, it’s like the recent dip didn’t even happen. That comes after the stellar rally in the stock market today.

Equities have bounced nicely over the past few days, but it was the November jobs report that sent stocks higher on Friday.

In the words of President Donald Trump, “GREAT JOBS REPORT!”

Political affiliations aside, it’s hard to deny that the jobs report was anything short of excellent. The economy added 266,000 jobs during the month, smashing estimates for just 186,000.

Average hourly earnings climbed 20 basis points sequentially and jumped 3.1% year-over-year, which was slightly ahead of estimates for 3%. And as if the jobs report wasn’t enough of a catalyst, consumer sentiment readings came in at 99.2, easily topping expectations of 96.9.

For a consumer-driven economy, it’s hard to find the flaws in these numbers. It should also mean good things for retailers and holiday-sensitive industries.

Tesla (NASDAQ:TSLA) shares rallied 1.7% Friday, and a call from Morgan Stanley certainly didn’t hurt. Analyst Adam Jonas raised his bull-case price target from $440 up to $500, implying roughly 50% upside to Tesla’s stock price. Investor sentiment could continue to rise in the first half of 2020, he says, but questions how long it can last.

Zoom Video (NASDAQ:ZM) fell roughly 10% on the day despite the company delivering a beat-and-raise quarter. Earnings and revenue topped expectations, while Q4 guidance for both metrics came in ahead of estimates. So did management’s raised full-year guidance. What gives?

Unlike Zoom, Big Lots (NYSE:BIG) was racing higher in the other direction. Shares of the stock soared more than 31% on Friday after the company’s top- and bottom-line earnings beat. While not a perfect quarter, it’s likely the CEO’s comments about a return to earnings and EBITDA growth in 2020 through 2022 has got investors cheering — and shorts hurting.

ZM and BIG were included in the Top Stock Trades lineup on Friday.

Ulta Beauty (NASDAQ:ULTA) shares got some retribution for last quarter’s near-30% bludgeoning. Shares jumped 11% on the day after the company beat on earnings and reported a mostly in-line revenue figure. The “not as bad as feared” quarter may not have a pretty ring to it, but it was enough to send share significantly higher on the day.