There has been a lot of talk about the shift from “growth” stocks into “value” ones. If there’s one sector that could be the ultimate value, it has to be energy stocks. Year-to-date, the energy sector has been one of the worst performing groups — with the benchmark Energy Select Sector SPDR (NYSEARCA:XLE) returning about 5%. That’s including dividends. This compares to a nearly 28% return for the broader S&P 500 index.

But in that poor relative return, energy stocks could be huge values.

For one thing, the sector is dirt cheap. XLE can currently be had for a price-earnings ratio (P/E) of 19, according to Morningstar. That’s cheap compared to the broader market and other sectors. Secondly, the dividend yield for energy stocks is at some of the highest points in history — with the sector yielding nearly 4%. All of this comes on the back of a strengthened crude oil environment. YTD, crude has risen by roughly 20% and is above break-even points for many energy producers.

With such cheap valuations and several tailwinds potentially propelling the sector higher, energy stocks could be a good bet for investors in the year ahead. However, not all energy stocks are a good bet — as there are plenty that are still suffering.

With that, here are three energy stocks that have plenty of comeback potential and value in their shares.

As a company and energy stock, Exxon Mobil (NYSE:XOM) needs no introduction. The company remains one of the largest producers of natural gas and crude oil on the planet. And thanks to its integrated business model of owning up-, mid- and down-stream assets, the firm pretty well insulated from the wild swings in commodity prices.

Yet, investors seem to be throwing the stock away, as XOM is slightly negative on the year.

However, there is opportunity in Exxon.  For one thing, XOM continues to be a leader in low-cost shale. Exxon has plowed some big bucks into the Permian Basin. Here, economies of scale and low costs provide the super major with some decent cash flows and profits. With production in the basin jumping 70% quarter-over-quarter, XOM was able pull in a hefty $23.4 billion in cash flow from operations. That’s more than enough to cover its dividend and keep spending high.

At the same time, other operations like natural gas assets in Guyana, Mozambique and Papua New Guinea are starting to bear fruit.

Meanwhile, XOM has plans to divest roughly $25 billion in assets in now non-core regions. This will provide plenty of cash for the firm to use on these more profitable mega-projects and Permian acreage.

In the end, Exxon is still doing everything right in the current environment. It’s focusing on low-cost regions and is producing ample amounts of cash. With a 5% dividend and a P/E of 20, investors are getting a very good value at this point — and it could one of the best energy stocks to snag.

Investors in ConocoPhillips (NYSE:COP) may feel like this is déjà vu all over again. The last oil decline, back in 2014, gutted COP stock, it’s dividend and its prospects. With a nearly 6% decline year-over-year, its easy to see why investors are nervous; But this decline may not be justified.

After taking its lumps last time, COP re-imagined its portfolio. It sold the garbage, reduced operating costs, invested in technology and focused strictly on those low-cost shale regions.

Those efforts have paid off. These days, ConocoPhillips is a cash-flow machine that features one of the healthiest balance sheets among all energy stocks.

The proof is in the pudding.

Thanks to its ample cash flows and portfolio changes, ConocoPhillips continues to beat analyst estimates and make some serious profits. The best part is that it has the ability to share those profits with investors. COP recently increased dividends by a whopping 38%. As if that wasn’t enough, ConocoPhillips predicts that it has the ability to generate $50 billion in free cash flows over next decade. It plans on using those cash flows to boost its dividend by 40% and increase its buyback program.

Clearly, COP’s strategy is working. And yet, investors don’t seem to care. With a P/E of under 9, ample cash flows, 2.7% dividend and huge potential for shareholder rewards, ConocoPhillips is a low-risk value in the energy sector. 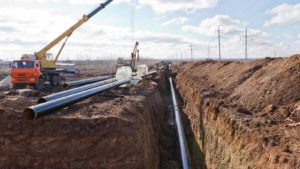 It’s easy to understand why investors have abandoned Kinder Morgan (NYSE:KMI). The absorption of its Master Limited Partnership (MLP) sector a few years ago, and the promises of dividend raises that turned into cuts have left a bad taste in many people’s mouths. However, this time may be different at KMI.

For one thing, Kinder Morgan has continued to strengthen its volume-based assets and reduce its ownership of commodity-focused ones. This is making the firm more like its olden days when pipelines were considered just “toll-roads.” That’s allowed Kinder Morgan to realize some stable and ample cash flows from its operations. Meanwhile, coverage ratios remain robust and debt is being reduced.

Additionally, selling its stake in it its Kinder Morgan Canada and other pipelines to Pembina Pipeline (NYSE:PBA) will provide it plenty of cash to plow into more lucrative projects.

With its renewed focus on toll-like assets, KMI is expecting some big changes on the dividend front going forward. Next year, Kinder Morgan expects to generate a 3% boost to distributed cash flows. With this, KMI predicts it will be able to boost its dividend 25% over this year’s payout. Better still, that’s a 150% jump since 2017, when it started undergoing this transformation.

But, thanks to previous false starts, KMI is still trading for peanuts and big 5% dividend yield. The reality is, the outlook at Kinder Morgan isn’t so bleak and shares could be great value among the energy stocks.

At the time of writing, Aaron Levitt did not hold a position in any stock mentioned.