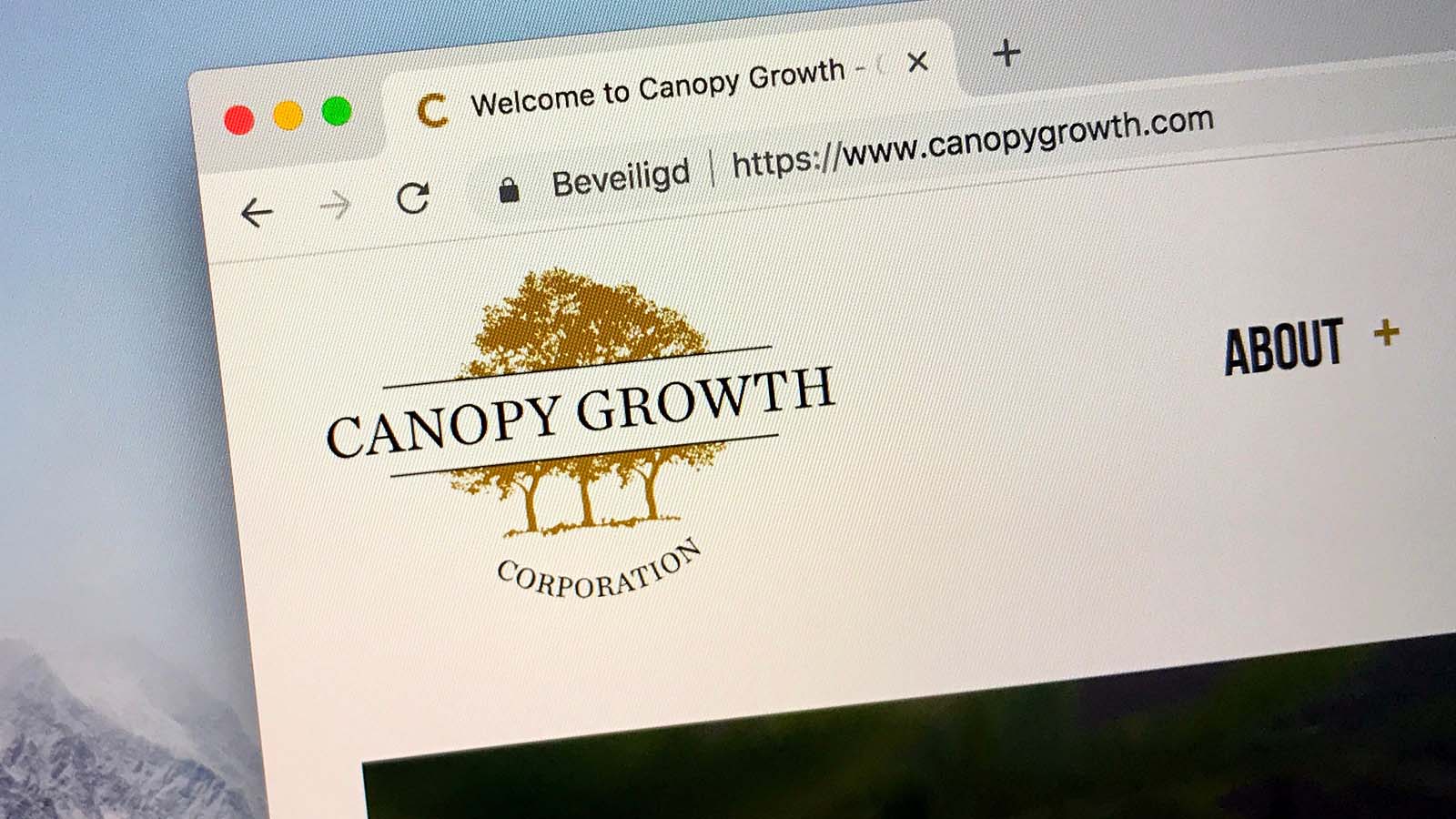 Canopy Growth Corp (NYSE: CGC) investors can’t wait for New Year’s Day. If for no other reason, they will be happy 2019 is over. CGC stock and other popular cannabis stocks that performed so well in 2018 have been hammered this year.

Fortunately, Canopy Growth stock investors have several reasons to be optimistic that 2020 will be a better year.

Constellation holds roughly a 37% stake in Canopy. It’s no surprise that when the company was struggling, Canopy and its four board members sent the CEO packing. Several months later, it’s no surprise Constellation replaced Linton with its own finance expert.

Klein has 14 years of experience at Constellation, so the company is very familiar with how he operates. Bank of America analyst Christopher Carey says Klein is the right man for the job. Klein has reportedly worked very closely with Canopy and its CFO Mike Lee since Constellation’s initial investment.

In addition, Carey says Klein likely played a key role in developing Canopy’s fiscal 2021 and longer-term financial plans: “Overall, the announcement is a clear win for Canopy, an important step in moving its leadership from visionaries (co-founder-run company) to operators (Klein joins fellow STZ alum Mike Lee, CFO), and bringing a level of professionalism in strategy and ability to institute financial discipline that few, if any, in the sector can match.”

The next major reason to buy CGC stock goes hand-in-hand with the stock’s poor performance in the past year. CGC stock is much cheaper than it was a year ago.

In addition to making it a much better potential bargain for retail investors, it has become a more attractive buyout target. And investors don’t need to look too hard to find a potential buyer. Constellation already owns more than a third of the company. It also has its own man in the CEO position,  and it controls the board.

Cantor Fitzgerald analyst Pablo Zuanic says it’s looking more and more as if a Constellation buyout is more a matter of when than if.

“The appointment of STZ’s CFO as Canopy Growth CEO further increases the strategic alignment between the two companies and also boosts the probability of an eventual bid, in our opinion,” Zuanic says.

However, he says Canopy will first need its new CEO to roll out a clear, updated long-term strategic plan. Otherwise, Constellation investors may not be willing to stomach the double-digit EPS dilution and the potential $5 billion price tag of a deal.

Canopy Growth stock investors have been hearing a lot about so-called Cannabis 2.0 in Canada. Cannabis 2.0 is the Canadian launch of cannabis derivatives, such as edibles, vapes, and beverages. Canopy hosted an analyst day event in early December to preview its Cannabis 2.0 products. It said vapes, beverages, and chocolates will be ready to ship on Dec. 17.

Carey says he was most impressed by the vape pens and cartridges. The pens include adjustable heat, a safety lock, and a geo-locate feature, all controllable via an app.

MKM Partners analyst Bill Kirk says he is still skeptical of Canopy’s near-term market expectations, especially when it comes to margins. But while its unlikely Cannabis 2.0 will be smooth sailing right out of the gate, even Kirk says Canopy should have the early lead.

“We do get the sense that Canopy is ahead of its peers across many of the Canada 2.0 products,” Kirk says.

When it comes to establishing early brand recognition and market share, the first-mover advantage is huge. Canopy will likely follow the same strategies with 2.0 than it did with the initial Canadian cannabis launch. By establishing early distribution networks, Canopy can apply pressure to its competitors attempting to keep up.

How to Play CGC Stock

Any way you look at it, Canopy Growth stock has been a total dud in 2019. But while 2019 has been a lost year of sorts, I would argue that little has changed about the big picture. If anything, the sell-off has provided an opportunity for patient investors to get into cannabis stocks at more reasonable valuations. Those that chased the 2018 cannabis hype have paid dearly.

I would recommend long-term investors include CGC stock in a basket of at least four or five top cannabis stocks to diversify their portfolio in the volatile market.