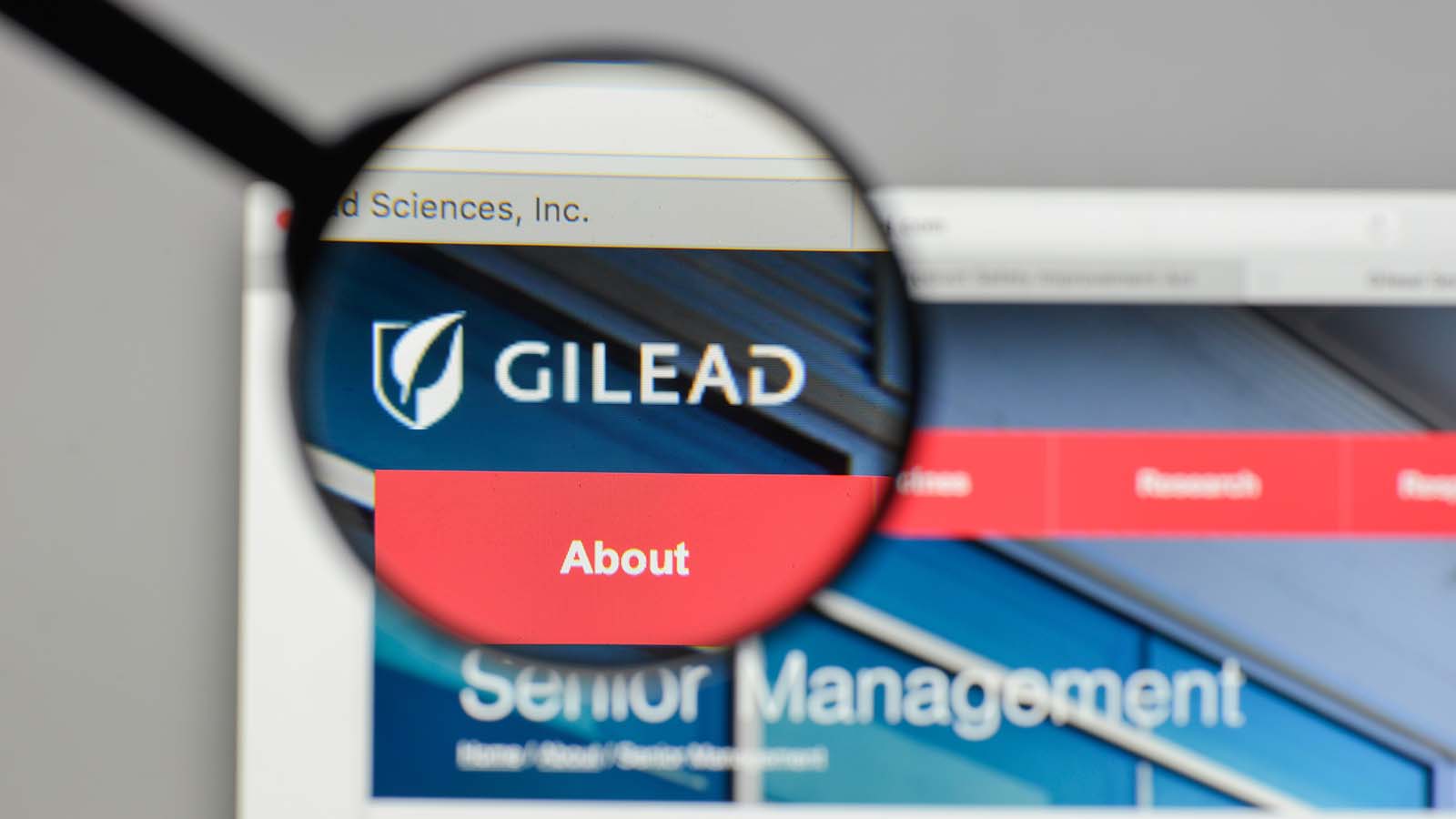 The coronavirus continues to sweep across the world. It’s hitting Europe and the U.S. hard after the outbreak began in China. Despite the hellish reality of Covid-19, we’re seeing individual companies step up, like Gilead Sciences (NASDAQ:GILD). As a result, GILD stock is up 16.3% year-to-date and 9% over the past month.

Some investors may look at that and say, “so what?”

But compare that to the SPDR S&P 500 ETF (NYSEARCA:SPY), which is down 22% and 15.3% in the same time frame and you can understand why Gilead has stood out. It’s also why it has the potential to shine even brighter in the coming weeks and months.

The virus is bringing out the best in many American companies. Ford (NYSE:F), General Motors (NYSE:GM) and Tesla (NASDAQ:TSLA) are producing ventilators. Gap (NYSE:GPS), Ralph Lauren (NYSE:RL) and others are producing scrubs, gowns and other supplies. Breweries are making hand sanitizer. We’re stepping up. And so is biotech.

Gilead is working on a Covid-19 treatment with a drug called remdesivir. On March 23, the FDA granted remdesivir “orphan status.” That designation would, among other things, give it exclusivity rights. However, just a few days later Gilead filed with the FDA to remove that status.

The company said it could maintain an “expedited timeline” without the status, and that the designation is meant to apply for infections impacting less than 200,000 Americans. With more than 215,000 confirmed coronavirus cases in the U.S. and growing rapidly, it’s clear the number will be far higher.

Gilead CEO Daniel O’Day recently said that remdesivir is “a medicine we had been studying for many years as part of our extensive research in antivirals … Multiple studies are ongoing, and we are on track to have initial data in the coming weeks.”

On April 1, the company initiated two Phase 3 trials for remdesivir for use in patients with moderate to severe Covid-19.

This is all moving along very quickly. If Gilead sees promising results, not only is that huge for Gilead but it’s huge for the world. We need some sort of positive catalyst here. Not just for the stock market, but for humanity. People are growing tired of being on lockdown orders and anxiety is creeping higher for many out of work.

If Gilead’s remdesivir works, it could be a game changer.

A glance at the chart above highlights what life has been like for long-term investors in Gilead. Simply put, the stock has been a painful one to own. Shares embarked on a brutal decline from a high north of $100 in 2015 to a low near $57.50 in 2017. It has since been trying to carve out a bottom.

Shares moved slowly but constructively higher in 2019, leading to a breakout in 2020. Of course, that’s on the back of the company’s remdesivir hopes, putting Gilead in a somewhat binary situation.

Binary situations are generally unattractive from an investment perspective, particularly when they center around a treatment being accepted or rejected. As it stands though, investors may be safe buying a pullback into the $65 to $70 area. As long as GILD stays above $65, its technicals are in good shape.

While Gilead shares has been hammered over the years, its fundamentals have deteriorated a bit over that time as well. But — and this is a big but — Gilead Sciences is not your typical fly-by-night binary biotech play. It’s a low valuation, cash-rich healthcare titan.

The company boasts $24.3 billion in cash — $19.4 billion including its recent acquisition of Forty Seven (NASDAQ:FTSV). Trailing free cash flow is north of $8.3 billion, with revenue and net income of $22.4 billion and $5.4 billion, respectively. Gilead may not be in its prime, but it’s a very profitable machine.

Investors could do worse than pay 11.3 times this year’s earnings for a company like Gilead, with the upside kicker being remdesivir.