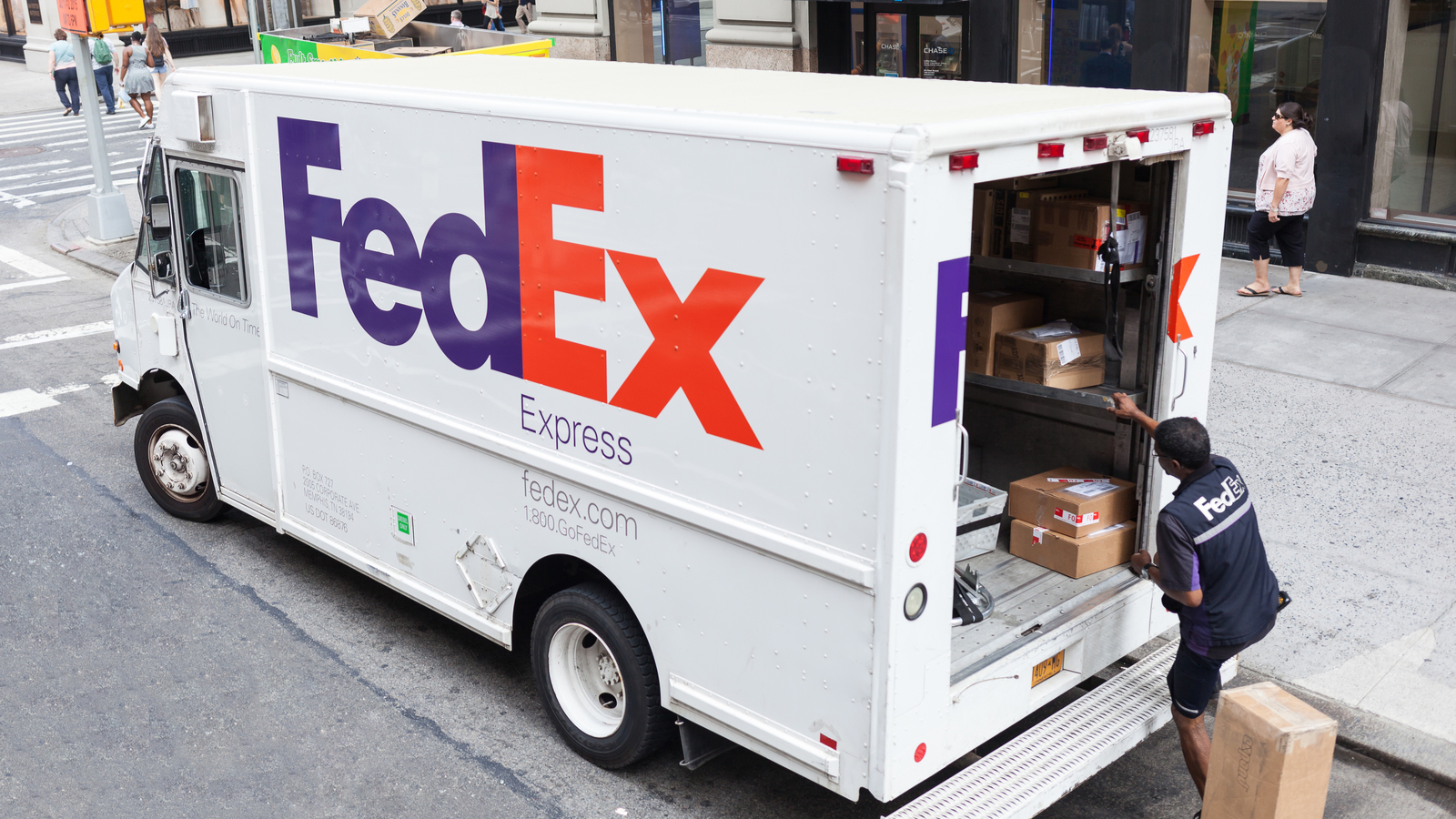 FedEx (NYSE:FDX) stock and United Parcel Service (NYSE:UPS) stock staged a small relief rally on news that Amazon (NASDAQ:AMZN) will slow its efforts to strangle them.

Amazon is suspending its Amazon Shipping program, which let Amazon merchants who did their own warehousing ship through it. The pilot, which began two years ago, only covered a few major markets.

Right now Amazon is just too busy handling its own stuff. The service could be resumed once the novel coronavirus crisis has passed.

For FedEx Stock, It’s a Trap

For investors, this is a trap. Both shippers are in a long-term downtrend as pressure from Amazon Logistics has cut their profitability.

In the last two years shares of UPS are down almost 10%, while those of FedEx have nearly been cut in half. UPS entered trade April 9 worth $85 billion, at $98 per share. FedEx’s market capitalization was down to about $33 billion, at $126 per share.

The financial damage has also been greatest at FedEx. Profits peaked in fiscal 2018 at about 7% of revenue. The company is now only marginally profitable, although it was still maintaining a 65 cent per share dividend yielding 2.1% as of February. Cash was down to $1.8 billion in February, long-term debt up to almost $19 billion.

For UPS, It’s a Transition

FedEx is still led by founder Fred Smith, now 76, and with a net worth of almost $3 billion. He is taking a 91% pay cut during the crisis, as FedEx taps a $1.5 billion credit line to keep up cash flow. His fortune and life are tied up in FedEx. The stock’s fall is his fall.

FedEx maintains good relations with the media, and with analysts, who continue to recommend it. The company is loudly working with the government on Project Airbridge, moving protective gear to hospitals. (So is UPS, just quietly).

UPS, which has been around since 1907 and moved its headquarters to the Atlanta area in 1991, has responded by moving outsiders into the executive suite. The latest is incoming CEO Carol Tome, former CFO of nearby Home Depot (NYSE:HD) and a long-time UPS board member. She takes over in June, joining former executives from PepsiCo (NASDAQ:PEP) and Walmart (NYSE:WMT) in suburban Sandy Springs.

Tome is credited with getting Home Depot through the 2008 financial crisis, but the fight with Amazon is more of a slow burn. UPS has been moving to drones and 7-day delivery schedules to keep up with Amazon.

Amazon and FedEx have been going through a messy divorce, with third-party sellers on Amazon Prime recently told not to ship with FedEx ground. UPS remains close to Amazon, which spent $8.6 billion with it last year.

To some analysts, this makes FedEx stock the better bet. They see it as undervalued. They may see that FedEx has cut the cord with Amazon and is thus independent.

Those analysts are wrong. UPS stock, while it’s not a great investment, is nevertheless continuing to grow, and to deliver profits. I feel more confident about the future of its $1.01 per share dividend, yielding 4.4%, than the smaller FedEx payout.

Dividends are why you buy these stocks anyway.

Dana Blankenhorn has been a financial and technology journalist since 1978. His latest book is Technology’s Big Bang: Yesterday, Today and Tomorrow with Moore’s Law, essays on technology available at the Amazon Kindle store. Follow him on Twitter at @danablankenhorn. As of this writing he owned shares in AMZN.