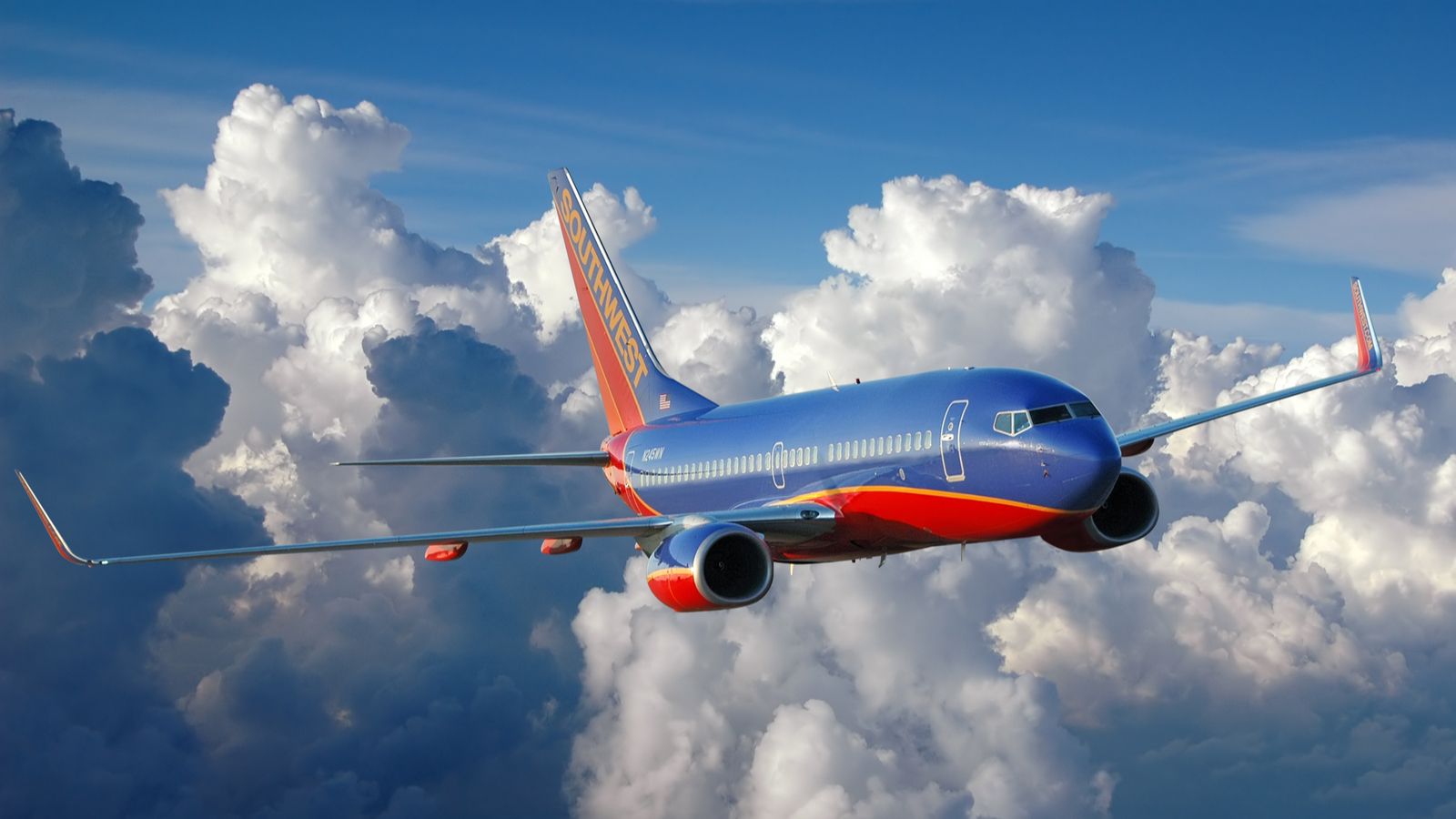 The level of hate for airline stocks is as high as it has ever been. That is saying a lot because investors hated them for decades because of intrinsic problems with cost and human resources controls. Since then, the airlines streamlined a lot of processes and that propped up their financial performances. Consequently and over the last few years that bad reputation abated, and then this crisis hit. Southwest Airlines (NASDAQ:LUV) has its diehard fans on main street, and LUV stock had its fair share of them on Wall Street too. But for now, investors are hating on it just like the rest.

However, today’s bet is that it will change for the better once again.

This bet has gained a bit more strength after the airlines and U.S. government came to terms on the bailout deal. Ideally the airlines wanted it to be entirely a handout. Instead, they got some free money but there were also part of the aid as loans.

The upside of this is that LUV stock owners will live to fight another day. The deal took long to ink because of sticky optics situations. What made matters worse for the airlines is that they spent billions on stock buybacks when they could have built coffers of reserves to withstand this shock without the treasury intervening. Therein lies the resentment against the bailout. Case in point were the harsh opinions expressed by billionaire investor Chamath Palihapitiya on CNBC last week. In the end, Southwest will not fail!

Demand Is a Problem But Relief Is Almost Here

The whole world is in quarantine and hardly anyone is flying. The Transportation Security Administration reported screening record lows that are a tiny sliver of normal days. This week, the daily scans are near 90,000 versus 2.3 million same time last years. These are astonishingly low numbers that illustrate how devastating this quarantine is for the airlines. The airlines have a huge net to cover and almost no income to offset any of the expenses. They need the U.S. to open for business and soon.

Luckily we are starting to hear of plans to start reopening. This won’t be too hasty but any bits will help.

They should hit the ground running because over the past few years, the airlines improved their operations at the expense of the travelers. Now, we have to pay for everything as an extra fee, even in some cases for the reclining part of the seat. The advantage that Southwest has is that it established itself on the leaner, meaner concept, much like Amazon (NASDAQ:AMZN) did decades ago.

On its own, Southwest had good performance metrics. They built the airlines on the no-frills concept and people love it. I personally prefer to fly it when possible. But when this virus crisis hit, there was no amount of business smarts that could have saved LUV stock. The profit and loss statement is temporarily blown to smithereens. But now at least the fears that this would also blow up the balance sheet are gone, investors will come back to it.

LUV Stock Is Better Than the Rest 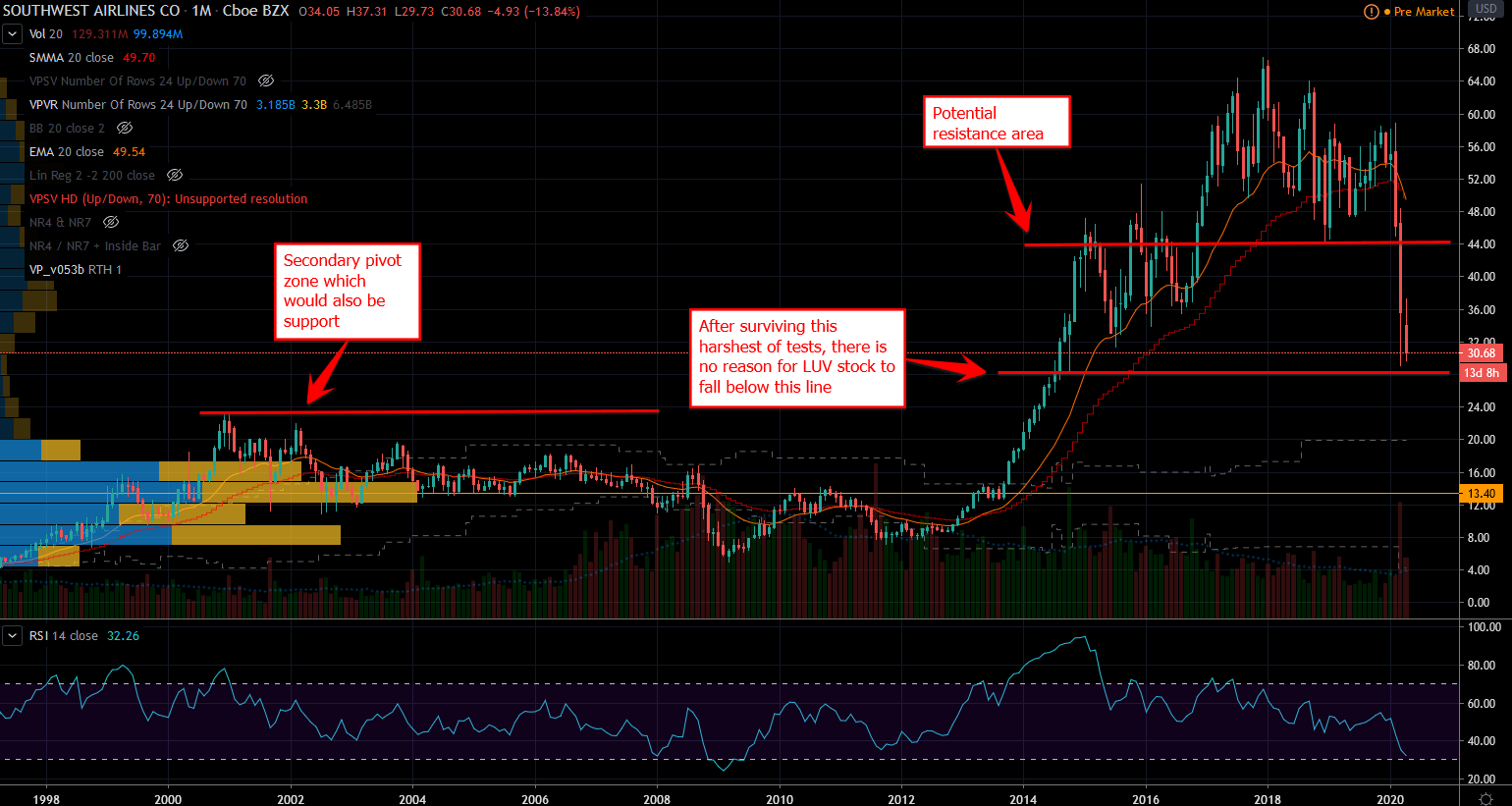 Throughout this crash, LUV stock held on to half of the 2012 rally. Whereas United Airlines (NASDAQ:UAL), Delta Air Lines (NYSE:DAL) and American Airlines (NASDAQ:AAL) gave up almost all of theirs.

Clearly, LUV stock remains a darling among its much uglier airline stock peers. After surviving this harshest of tests, where the whole world stopped flying and all of its clients disappeared almost overnight, there is no reason for the stock to fall below this support zone (see the chart above). Therefore, by default, the long-term upside opportunity is larger than the downside risk.

It will take time and there will be resistance areas, but eventually the profit and loss statement for Southwest will heal.

The Silent Risk That Is Berkshire Hathaway

Last week, investors panicked out of all airline stocks when they learned that Berkshire Hathaway (NYSE:BRK.A, NYSE:BRK.B) had sold a bunch of LUV and DAL shares. What they failed to realize is that they still owned over 50 million shares of each and just about as much of UAL. The risk lies now in the fact that as a result, Berkshire will not need to disclose their actions on the stocks until months after the fact. So the worry here is that Warren Buffer may be looking to sell out of them in bigger chunks than this partial sale.

However, it makes more sense that they actually want to add or change their terms of ownership on this huge sale in the stock. Buffet is a long-term investor and this difficulty here is temporary. Their business model remains intact and they can start the process toward normalcy just as soon as the world is free to move above the planet. After all, he is the one preaching to buy when others are fearful and this is the perfect example of it.

There might also be some good news pending on the Boeing’s (NYSE:BA) 737 Max model. Although nothing has been announced, it has been a while and I bet that the authorities have the incentive to let it fly again. This will help Southwest with its healing efforts.