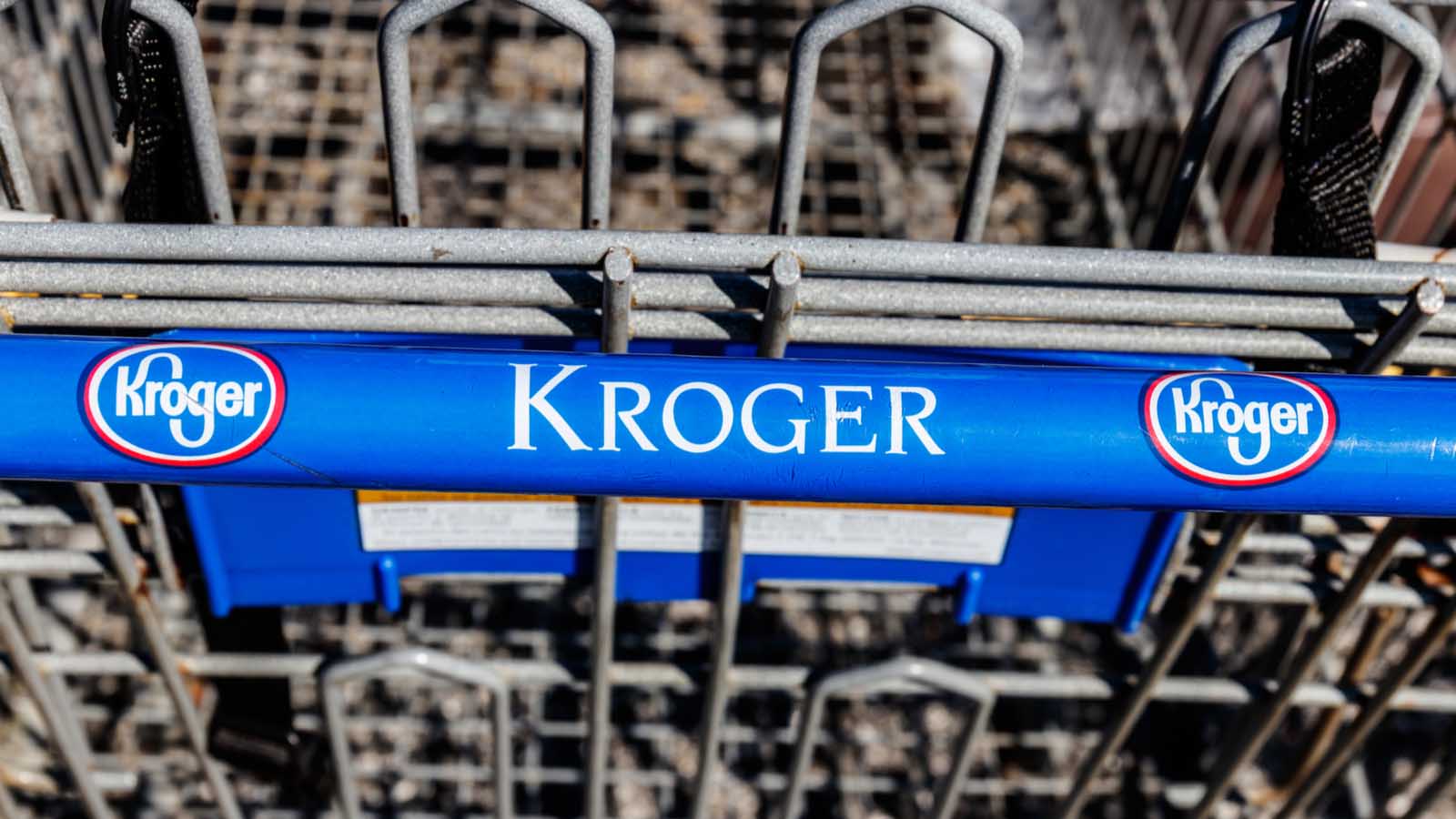 The novel coronavirus has created some surprising stock market winners so far in 2020. Some beneficiaries are obvious, like work-from-home stocks such as Slack (NYSE:WORK) and Zoom Communications (NASDAQ:ZM). However, some more traditional blue-chip companies have roared back to life as well. Kroger (NYSE:KR) fits that description. Investors have bid up Kroger stock as much as 20% so far this year, and shares recently hit their highest level since 2016. 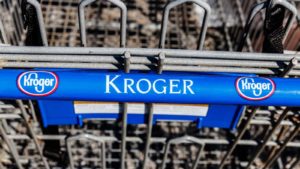 The company initially gained ground as people stocked their pantries ahead of the stay-at-home orders. That made sense. But investors logically questioned whether that sales bump would continue.

As the virus drags on, however, it’s becoming clear that Americans will be eating less restaurant food and cooking more at home for the foreseeable future. Sure, delivery services such as Uber’s (NYSE:UBER) Uber Eats can pick up some of the extra demand. But a huge portion of that food and beverage dollar is going to grocery stores, and the increase in sales should last for quite a few months.

Not surprisingly, Kroger should have a fantastic 2020.

Grocery stores traditionally have low profit margins and so rely on turning over their inventory quickly to earn reasonable profits. This crisis has created a uniquely strong inflection point for the company.

Not only is Kroger seeing a big surge in sales, but it’s also using this opportunity to create lasting advantages that will serve it long into the future.

Kroger is demonstrating an impressive level of flexibility and innovation that is reviving its fortunes. For example, consider the company’s forward-looking tie-up with Ocado Group (OTCMKTS:OCDGF) to build robotic grocery warehouses around the country.

Kroger and Ocado have already announced at least six sites for their massive warehouses. Some skeptics, such as analysts at Jeffries, have questioned Kroger’s huge investment in the Ocado facilities, saying it will take several years to reach profitability, and that they should settle for smaller micro-delivery sites.

However, Kroger’s plans are ambitious and, if successful, could vault it far ahead of the competition.

Too many retail companies played it safe and subsequently got run over by e-commerce competition. Kroger, by contrast, is making a full-on effort to adopt technology in time to lead the transition into the next generation of the food industry. Kroger’s Ocado plants will have the most automation of any U.S.-based grocery chain, saving dramatically on labor costs, and making for second-to-none efficiency and capacity at its warehouses.

That same bold thinking led the company to quickly test a pickup-only store in greater Cincinnati in response to higher demand for click-and-collect service. In-store shopping isn’t available at the location. Instead, customers order groceries online via the Kroger mobile app and then pick up their order at the store.

While the store was piloted in March in response to the coronavirus, Kroger reportedly will consider leaving it as pickup only and perhaps converting more stores to this model if it is successful. People may think traditional grocery stores are behind the times, but Kroger is making daring moves to prove the critics wrong.

Kroger Takes Care Of Its Employees

Kroger is hiring people quickly in response to the pandemic. Through the end of March, Kroger hired more than 30,000 new employees. Various other grocery and pharmacy chains are adding tons of employees as well. However, rivals such as Amazon (NASDAQ:AMZN) have drawn criticism for not doing enough for their employees, either in terms of wages or providing safe working conditions.

Kroger, by contrast, is drawing raves for treating its employees well amid the crisis. For example, it took a definitive step in furthering that reputation when it decided to give its employees so-called “hero bonuses.” The company recently announced that all front-line employees working in grocery stores, the supply chain, call centers and other essential parts of the business will receive additional compensation. Specifically, everyone will be getting an extra $2/hour as the stay-at-home orders continue.

The pay bump is a great morale booster during this crisis. And it’s not all that Kroger is doing for its staff. It’s also offering emergency paid leave for any employees that are diagnosed with Covid-19 or that end up in quarantine.

Additionally, Kroger has created an express pay program to get wages out to employees faster during this crisis. It’s these sort of steps that build a true relationship among Kroger’s workers and help reduce employee turnover. That’s a big long-term advantage for Kroger within the fast-moving retail industry.

In recent years, investors had rightfully questioned some of Kroger’s strategic decisions. The company appeared to be losing steam as other brick-and-mortar players like Walmart (NYSE:WMT) had muscled in and grabbed market share in groceries. Then Amazon announced it was buying Whole Foods. Kroger’s stock price plummeted as concerns mounted that grocery stores would get caught up in the “retail apocalypse.”

But Kroger has proven to be surprisingly resilient. Shares are up 50% from 52-week lows, and have recovered all of their losses since Amazon entered the industry. And it’s not hard to see why. Kroger has made the right moves to deliver a competitive product in its stores and it is showing surprising aggressiveness on the tech side as well.

The company will surely face challenges keeping up with Walmart and Amazon in future years. Its handling of the coronavirus, however, have been impressive and should reassure investors.

Eric Fry is an award-winning stock picker with numerous “10-bagger” calls — in good markets AND bad. How? By finding potent global megatrends … before they take off. And when it comes to bear markets, you’ll want to have his “blueprint” in hand before stocks go south. Eric does not own the aforementioned securities.