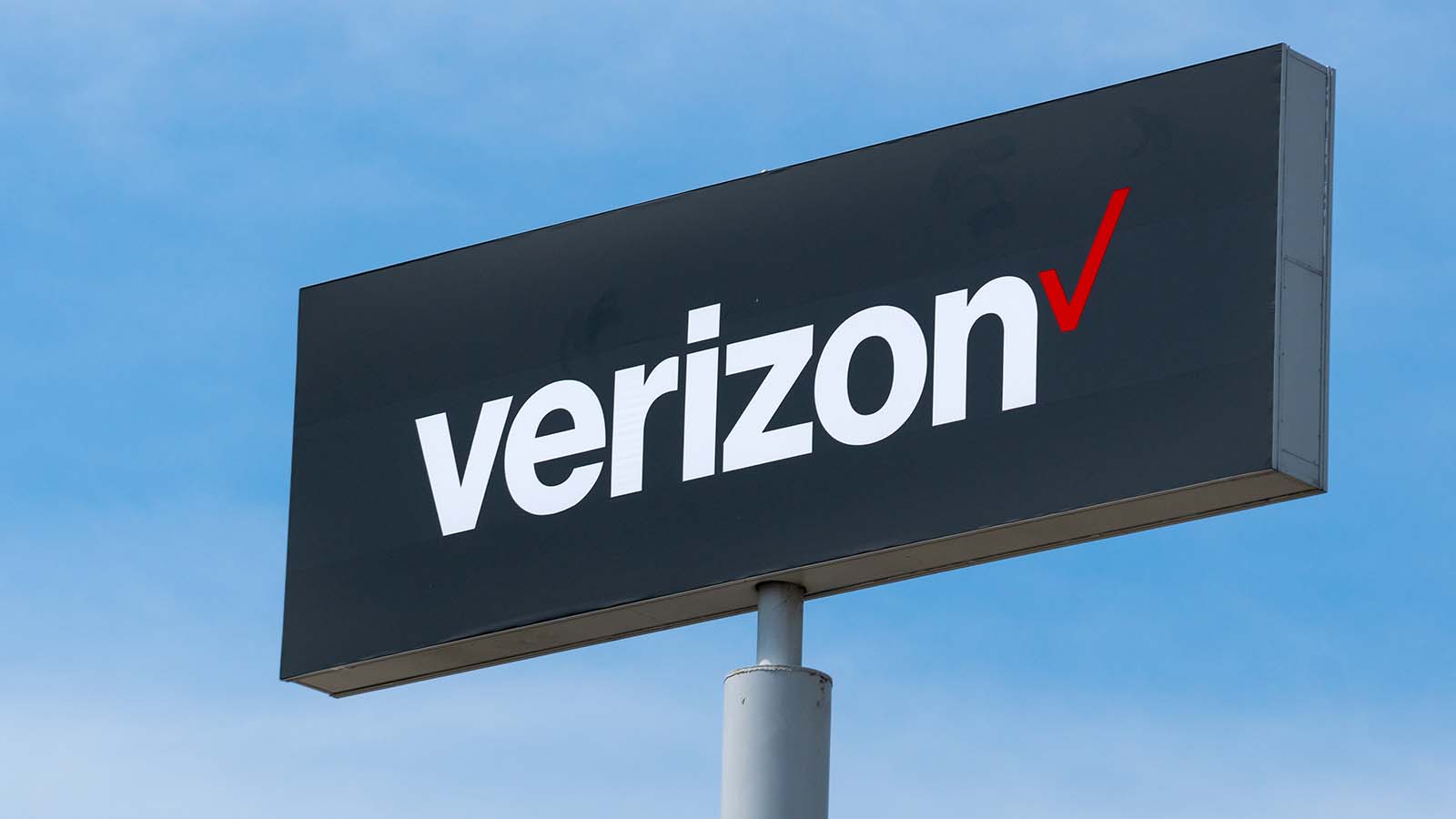 In a time of pandemic, stocks that are good for their dividend are shelter from the storm. Verizon Communications (NYSE:VZ) stock is such a shelter.

Its first-quarter report offered earnings of $1 per share, and cash flow of $8.8 billion, on revenue of $21.8 billion. That’s more than enough to justify the 65-cent-per-share dividend, yielding 4.27%.

The stock, however, is doing nothing. It opened April 27 at about $58 per share, $3/share less than the start of the year. But when the alternative is a government bond yielding 1.17%, it may be where you want to go.

Only speculators would look to make big money in a pandemic market. Stocks are just as likely to plummet from here as rise.

This makes the defensive aspects of Verizon, especially compared with rival AT&T (NYSE:T), very attractive. While the company does own some content plays — the former America Online and Yahoo — it hasn’t thrown away a fraction of what AT&T did.

The news sites in Verizon’s possession, including Huffington Post, Techcrunch, Yahoo Finance and Engadget, cost under $10 billion. They give it a big thumb on its own news coverage.

But Verizon is not forced to sell. It has taken its losses, and the assets are not material. Some of its reporters think the company is in the market for more content, like video games.  Those reporters are fools.

Verizon has been slowly bleeding customers on core operations, while keeping revenue close to level with price increases.

When investors look at Verizon, they mostly see Verizon Wireless. It’s the second-largest wireless carrier. It paid $130 billion for the 45% of itself it didn’t own in 2014. Vodafone (NYSE:VOD), the seller, still seems to have done well in that deal, given Verizon’s current $240 billion market cap.

Verizon Wireless lost 68,000 customers during the first quarter, while AT&T gained subscribers. But that’s out of 154 million subscribers. Verizon does have a chance to make more money with the roll-out of 5G and the machine Internet. If you’re expecting growth that’s where it will come from.

Then you have what were its phone assets. Verizon combined the old NYNEX and Bell Atlantic phone operations with GTE assets. Some subscribers were upgraded to fiber, a service Verizon called Fios.

During the most recent quarter it lost 84,000 Fios video customers, but it still has 4.06 million. It gained 59,000 Internet customers and has 5.96 million. There are 13.55 million voice customers still on the network, and about a half-million are still getting its old Digital Subscriber Line (DSL) service. Revenue for the unit during the quarter was $2.79 billion, little changed from last year’s $2.76 billion. The capital budget averages $5 billion/quarter. While the company has $99 billion in debt, thanks to the Vodafone deal, it can handle that load.

During the quarter, Verizon had to close stores due to the virus, and waived fees on data caps. It’s withdrawing revenue guidance and predicting earnings will be just like last year, give or take 2%.  Verizon is like a big ship that has trimmed its sails and is leaning into a storm.

Morningstar calls Verizon fairly valued. In normal times they would be right. Verizon is managed with an eye toward stability rather than growth.

But a long-term investor will pay just 13 times earnings right now and get a yield of 4.27% backed by earnings and cash flow. That’s a good place to be in a pandemic.

Dana Blankenhorn has been a financial and technology journalist since 1978. He is the author of the environmental thriller Bridget O’Flynn and the Bear,  available at the Amazon Kindle store. Write him at danablankenhorn@gmail.com or follow him on Twitter at @danablankenhorn. As of this writing he owned no shares in companies mentioned in this story.