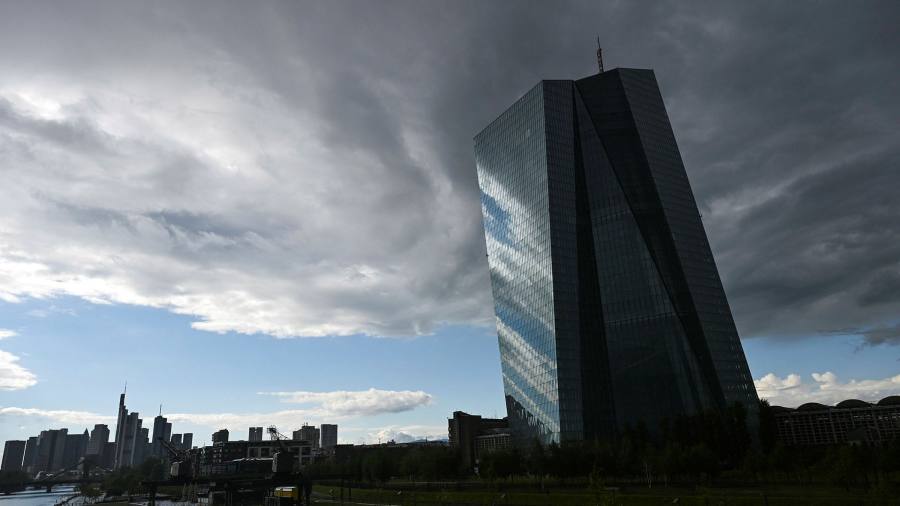 Germany’s constitutional court has called on the European Central Bank to justify its vast purchases of public sector debt and threatened to block new purchases of German bonds unless it does so within three months.

Ruling in a long-running case about the legality of the ECB’s quantitative easing programme of bond-buying, the court in Karlsruhe said the German government and parliament had “a duty to take active steps against” QE “in its current form”.

The court also opened the door to fresh legal challenges against the ECB’s new €750bn pandemic emergency purchase programme (PEPP), saying that the earlier bond purchases were only acceptable because of a number of limits that have subsequently been eased under the new programme.

The judgment calls into question one of the key pillars of the eurozone central bank’s policymaking approach. The ECB has bought more than €2.2tn of public sector debt since launching QE in 2014 to try to halt a slide in inflation. In recent weeks it has vastly expanded its purchases to mitigate the economic consequences of the coronavirus pandemic.

However the bond-buying programme has long been controversial in Germany, where critics argue the central bank has exceeded its mandate by illegally financing governments and exposing taxpayers to potential losses. The complainants — a group of about 1,750 people, led by German economists and law professors — first brought their case in 2015. They argued that the ECB was straying into monetary financing of governments, which is illegal under the EU treaty.

Their case was referred to the European Court of Justice, which ruled in favour of the ECB in 2018, but it then went back to the German constitutional court, which on Tuesday rebuffed part of the ECJ’s earlier ruling, calling it “untenable from a methodological perspective”.

On Tuesday, the German constitutional court laid out a long list of reasons why the ECB may have overstretched its mandate in a decision published on its website. But the court said it could not decide if the ECB had broken EU law without more information on how the central bank balanced the economic and fiscal impact of its actions against its monetary policy aims.

“Unless the ECB provides documentation demonstrating that such balancing took place, and in what form, it is not possible to carry out an effective judicial review as to whether the ECB stayed within its mandate,” it said.

Most observers had expected the court in Karlsruhe to grudgingly accept that the ECB’s purchases of government debt were legal, and the court said that it “did not find a violation of the prohibition of monetary financing of member state budgets”. It added: “The decision published today does not concern any financial assistance measures taken by the European Union or the ECB in the context of the current coronavirus crisis.”

However, it said that Germany’s central bank would no longer be allowed to participate in public sector bond purchases if the ECB did not show that its policy was not disproportionate within a three-month period. It added: “On the same condition, the Bundesbank must ensure that the bonds already purchased and held in its portfolio are sold based on a — possibly long-term — strategy co-ordinated with the Eurosystem.”

Clemens Fuest, head of the Ifo economic institute in Munich, said the German court’s dismissal of the earlier ECJ ruling “reads like a declaration of war”.

The euro fell by 0.7 per cent against the dollar — its lowest level in a week — as investors contemplated the ruling, and German and Italian debt came under selling pressure.

“This is another barrier to solidarity during the Covid crisis,” said Rabobank strategist Richard McGuire. “We knew there was a political hurdle to sharing the costs between eurozone members — now there’s a legal one too.”

When the ECJ approved QE in 2018, it cited the ECB’s self-imposed limits on sovereign bond purchases in justifying its decision. These limits include a commitment to buy sovereign bonds only in proportion to each country’s economic size — as measured by its contribution to the central bank’s capital — and not to buy more than a third of any country’s total eligible debt.

But when it launched the PEPP, the ECB said it would waive the issuer limit and exercise flexibility on the capital rule and promised to consider further revising the limits if needed.

The court did not rule on the PEPP, but the plaintiffs are now expected to consider whether to bring a fresh case.

“This is the big risk,” Vítor Constâncio, former vice-president of the ECB, said on Twitter, saying the court had made a “ridiculous distinction between monetary policy and economic policy”.

“New court cases will come immediately in Germany against PEPP,” he warned.

Analysts at ABN Amro said: “Theoretically, the ECB [or] another national central bank could step in to purchase the target for German public sector assets or even the stock, though that is complicated as there is no risk sharing when it comes to government bond purchases.”

In a statement the ECB said that it was “analysing the ruling and will comment in due course”; its governing council is due to discuss the ruling on Tuesday evening. The Bundesbank declined to comment.

The plaintiffs in the case include Bernd Lucke, an economics professor from Hamburg university and a founding member of the anti-immigration Alternative for Germany party; Peter Gauweiler, a former deputy chairman of Angela Merkel’s sister CSU party; and Patrick Adenauer, a grandson of Germany’s first postwar chancellor.