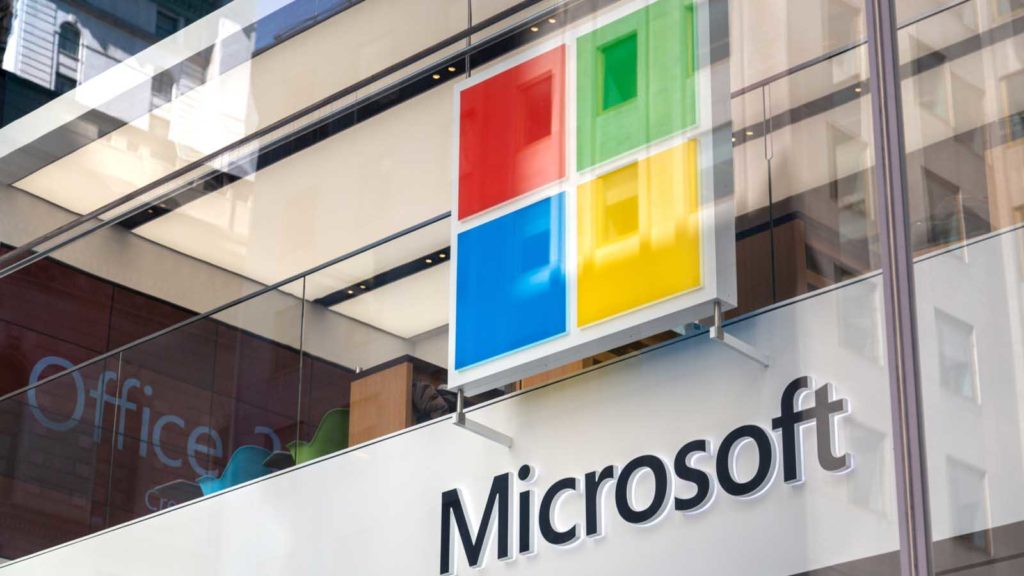 Microsoft (NASDAQ:MSFT) stock rose 5% after reporting exceptional earnings for the third quarter, which proved the most ardent of naysayers wrong. Revenues for MSFT stock grew by 15% in the fiscal third quarter, beating consensus estimates by a considerable margin.

Source: The Art of Pics / Shutterstock.com

In addition, the company’s net incomes shot up by 22%, propelling earnings per share to $1.40. The company said the novel coronavirus outbreak has had a minimal net impact on its revenues in the third quarter and does not foresee it to have a substantial bearing on its returns moving forward.

The results for the third quarter are nothing short of extraordinary, considering Microsoft had a torrid time during the financial crisis of 2007–08. Although the nature of this crisis is different, there isn’t any doubt it’s equally deadly.

However, many industry experts felt that this performance was expected, considering Microsoft’s emphasis on cloud services, which has been the catalyst for the company’s recent robust financials.

But there are other reasons why the company has been growing phenomenally. Let’s consider these factors and understand why Microsoft is a must-have for your portfolio at this time.

When Satya Nadella took over as Microsoft’s CEO in 2014, he focused the company’s resources on its commercial cloud segment. This strategy was based on Nadella’s belief that the company’s cloud revenues would triple in the next two years. To achieve this goal, the company concentrated its attention on Microsoft’s Azure cloud-computing business and transitioning its software offerings to cloud-based subscriptions.

Furthermore, Nadella dropped the company’s mobile ambitions and focused on the flexibility of its cloud-based services.

The results of these changes have been nothing short of phenomenal. The Microsoft Azure platform witnessed double-digit gains since 2016, with a 64% increase in revenue in its most recent quarter. The company’s cloud services sector is now its leading segment, and there’s still a lot of room for growth moving forward.

Microsoft is locked in a power struggle with Amazon (NASDAQ:AMZN) and Alphabet (NASDAQ:GOOG,NASDAQ:GOOGL) in the cloud services business. Market Technology Firm, Canalys reports that Amazon Web Services (AWS) controls 32.4% of the market, followed by Azure at 17.6%, and Google Cloud at 6%.

According to Goldman Sachs’ latest biannual IT Spending Survey, AWS leads the segment in terms of total revenue share. Still, Microsoft is the most popular supplier and steadily gaining more market share in the business.

The survey provides insight into the vendor choices for cloud deployment from the top technology executives. The majority of respondents stated that their companies were Microsoft Azure over AWS. Furthermore, in the next three years, most executives believe that they would be using Azure more than any other service.

In the next three years, the cloud wars are likely to get more intense as the IT workloads on public clouds will increase by 20%.  There will be more competition among the big players for cloud services contracts, but Microsoft has a long-standing reputation in the market for quality services, which should give it a sizable advantage.

Recently, Microsoft won a $10 billion contract to provide the Pentagon with its cloud services, showing just how trusted the company is in terms of its performance. Analysts at Wedbush Securities believe that Microsoft is likely to come out the victor in the next chapter of the cloud war in 2020.

Apart from the impressive 27% growth in its intelligent cloud segment, the company’s productivity and business processes also saw a 15% improvement in the quarter. The growth in the sector was mainly driven by its consumer products like Office 365 and its dynamics products and cloud services.

Furthermore, revenues in more personal computing also increased by 3%, which was mainly triggered by the increase in demand for its video game content due to the lockdown and its commercial products. That’s why you should look out for the launch of Xbox Series X in November, which has investors already salivating.

Microsoft has also given back to shareholders over the past year through dividends and buybacks to the tune of $9.9 billion. The move played a massive role in helping EPS increase by more than 23% over the year-ago period, but it’s a good use of capital when you are as cash-rich as MSFT is at the moment, and should keep investors smiling.

On a side note, transactional licensed software took a hit, especially for small and medium-sized businesses. However, the drop in revenues for licensed software’s will not hamper the company’s recurring subscription revenues from large enterprises.

On a conference call, CEO Satya Nadella remarked that Microsoft offers a unique portfolio of cloud, software, and videoconferencing services, which provides a holistic solution for remote working. Microsoft’s collaborative-communications platform, Teams, reached 44 million users in March, up from 20 million in November.

Microsoft Teams, along with Azure, makes for a killer combination for the remote economy. Wall Street’s estimates suggest that Microsoft will maintain its earnings per share but don’t be surprised if MSFT stock beats these estimates like it did in the recently-concluded quarter.

The Bottom Line for MSFT Stock

According to Wall Street estimates, price targets for Microsoft stock are averaging at $196, which suggests that the company is undervalued by $21. This presents a massive buying opportunity for investors looking to grab a blue-chip stock at a bargain.  The company’s consistent revenue gains, a steady stream of cash, and a host of different growth opportunities in its cloud segment make it an attractive investment at this time.