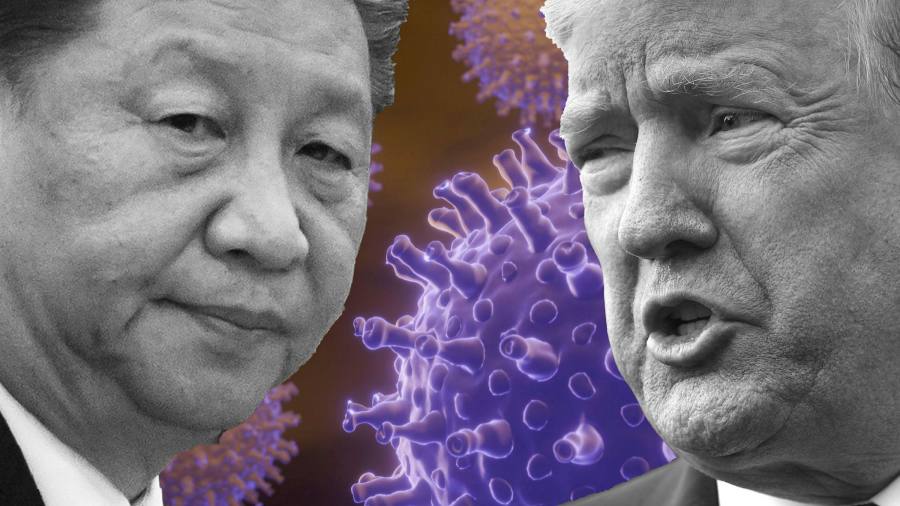 Washington is weighing up more aggressive economic measures against China amid rising anger over Beijing’s handling of the pandemic, threatening the commercial truce reached less than four months ago.

As the disease swept across the US killing tens of thousands of people and devastating the economy, US president Donald Trump accused China of covering up its coronavirus outbreak and failing to prevent its spread around the world.

The White House and Capitol Hill are now looking to match the anti-Beijing rhetoric with steps to curb supply chains and investment flows, according to public remarks by administration officials, congressional aides, and industry lobbyists in Washington. However, it is unclear how far they are willing to go, given fears of inflicting more damage to the US economy.

“US-China tension was an issue before Covid-19 for sure, but Covid-19 has acted as an accelerator,” said Stephanie Segal, a former US Treasury official and senior fellow at the Center for Strategic and International Studies.

“You could have foreseen a scenario where there was a recognition that the pandemic requires multilateral co-operation and co-ordination. Instead, it has devolved where both sides are blaming the other for the state of the world,” she said.

The deterioration in US-China relations has been particularly jarring given the trade truce reached in January by Mr Trump and China’s president Xi Jinping, which ended almost two years of tariff threats between the world’s largest economies.

While limited in its scope, the agreement raised hopes that it could deliver some stability to the economic relationship until after November’s US presidential election. But Mr Trump is now warning China that Washington could ditch the agreement if Beijing fails to follow through on its planned purchases of American goods, reviving the threat of higher tariffs on Chinese imports.

“If they don’t buy, we’ll terminate the deal. Very simple,” the US president said during a Fox News town hall meeting on Sunday night.

For Mr Trump, there is a pressing political rationale for reverting to a tough stance towards China: his re-election bid is less than six months away, and Joe Biden, his presumptive Democratic challenger, has attacked him for playing down the threat of the virus while praising Mr Xi’s leadership in the final stages of the trade talks.

The White House has already taken some economic steps that will unnerve Beijing. It has tightened export controls curbing semiconductor sales to China, opened the door for the government pension fund to stop investing in some Chinese companies and moved to limit imports of electrical equipment used in the US power grid.

With hawkish, anti-China sentiment growing on Capitol Hill, the concern particularly in the business community, is that the crackdown could harden further, slashing trade and investment flows between the two countries and deepening the US and global recessions.

US officials have ruled out radical steps such as cancelling Treasury debt-related payments to China. However, potentially disruptive proposals to reduce the US’s dependence on Chinese supply chains, particularly in the technology and healthcare sectors, are back on the radar, along with the possibility of a new tariff flare-up.

“In this politically charged environment, it’s easy to play the blame game, but we should not pursue solutions that would undercut our own economic recovery and at a time when we need the two governments to have a functional and pragmatic relationship,” said Myron Brilliant, head of international affairs at the US Chamber of Commerce. “The most immediate challenge for the two countries is to work together to combat the virus and restore global growth,” he added.

In Congress, the desire to confront China has been accompanied by anxiety that the country could emerge as an even stronger strategic and economic rival following the pandemic. Some lawmakers are hoping that some measures could be considered alongside a new round of fiscal stimulus, which is expected to make its way through Congress this month.

“There’s huge appetite to legislate on China,” said one Republican congressional aide. “The pandemic has put China on the map, and a lot of people have been talking about how do we hold China accountable,” the aide said.

Steven Mnuchin, the US Treasury secretary, on Monday told Fox Business that Mr Trump was “reviewing all these issues very very carefully”, when asked about new ways to clamp down on US pension fund investments in China that could benefit companies tied to the military. In Congress, there is also a push to ensure that Chinese companies listed on American exchanges abide more strictly to US accounting standards.

The Treasury secretary said he expected China to meet its obligations under the trade pact but also warned Beijing against reneging. “I have every reason to expect that they honour this agreement. And if they don’t, there would be very significant consequences in the relationship and in the global economy as to how people would do business with them,” he said.

Matthew Pottinger, the US deputy national security adviser, offered a more veiled critique of Beijing on Monday as he delivered remarks to a University of Virginia symposium. Praising the May 4 anti-imperialist protests in China more than a century ago, Mr Pottinger suggested China could benefit from “a little less nationalism and a little more populism”. Washington was not interested in “punitive measures” against the country, but a “reciprocal and fair relationship”. “Not one in which the US allows ourselves to be taken advantage of in the hope that somehow China will just automatically liberalise,” he said.