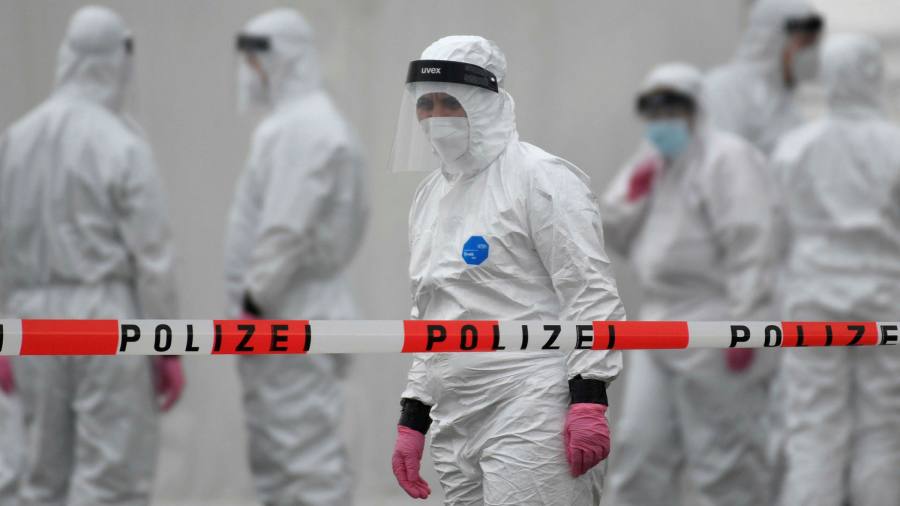 New Covid-19 outbreaks in South Korea, Germany and China have highlighted the challenge faced by governments seeking to loosen social restrictions, as millions of Europeans prepare for the tentative reopening of their economies today.

France, Spain, Denmark, Norway and the UK will all lift some measures brought in to contain the spread of the deadly virus, as leaders across the region seek to limit the worsening economic damage.

In Spain, just over half the population will enter “phase 1” of the country’s exit from lockdown, allowing bars and restaurants to serve customers outside and people to congregate in groups up to ten. However, restrictions will remain in the worst hit parts of the country, including Madrid and Barcelona.

Spain’s daily death toll from the virus — at 143 — fell to its lowest in two months on Sunday.

Secondary school children will return to classrooms across Norway, while Denmark will permit shops to reopen their doors.

France also begins its “deconfinement” process on Monday, with some of the harshest social restrictions — such as needing a permission slip to leave the house — being lifted. Officially, most businesses will be permitted to reopen provided they can maintain social distancing rules for both staff and customers.

The UK, the worst hit country in the world in after the US in terms of deaths, will also take the first cautious steps towards easing its lockdown measures this week, with citizens being allowed to take unlimited outdoor exercise.

Guiseppe Conte, Italy’s prime minister, said on Sunday that the country’s lockdown could end earlier than planned as Rome attempts to mitigate a brutal recession caused by nearly two months of freezing the economy.

But as parts of Europe take their first steps out of lockdown, fresh outbreaks have already forced governments elsewhere to tighten restrictions again.

The Seoul city authorities were forced to shut down bars and clubs in the South Korean capital after a cluster of new infections was linked to the city’s party district.

The country reported 34 new cases on Sunday, most of which were locally transmitted, marking a sharp increase from the past week when the country had several days of no local infections.

The outbreak is a blow to the government in South Korea, which has won international praise for mass testing, high-tech contact tracing and social distancing to combat what was, for a time, the worst outbreak outside of China.

Moon Jae-in, South Korea’s president, on Sunday cautioned that while the country’s virus handling was a source of national “pride”, a “prolonged war” lay ahead.

“The [latest] infection cluster . . . has raised awareness that, even during the stabilisation phase, similar situations can arise again anytime, anywhere, in an enclosed, crowded space. It’s not over until it’s over,” he said.

Chinese authorities also reimposed restrictions in a city near the border with North Korea on Sunday after recording a handful of new cases.

Meanwhile, Germany has seen a rise in the reproduction rate — the average number of people that each confirmed coronavirus patient infects — to above 1, just days after Angela Merkel’s government moved to relax the shutdown on public life in Europe’s biggest economy.

According to the Robert Koch Institute, the R number stood at 1.1 as of Saturday evening. Three districts exceeded the government’s self-imposed limit of more than 50 new infections per 10,000 people during the past seven days and will now have to postpone their exit from lockdown.