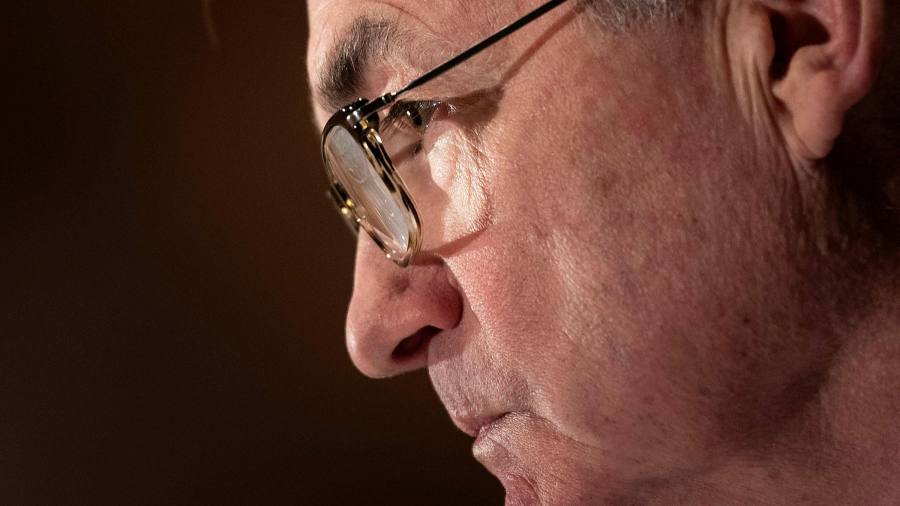 Jay Powell, the chair of the Federal Reserve, has said additional fiscal stimulus may be “worth it” to shield the US economy from long-term damage due to the pandemic, as Angel Gurría, OECD secretary-general, warned that rising debt levels would “come back to haunt us”.

Mr Powell told the Peterson Institute for International Economics in Washington that although the economic response had been “timely and appropriately large”, it may not be “the final chapter”.

He added that extra fiscal support could be costly, “but worth it if it helps avoid long-term economic damage and leaves us with a stronger recovery”.

The White House and Congress have already passed $3tn in fiscal stimulus measures since coronavirus began to ripple across America in March. Democrats in Congress this week proposed a further $3tn in spending, ushering in a tricky negotiation with Republicans and US president Donald Trump who have criticised details of the plan, including its hefty price tag.

Speaking in an interview during the FT’s Global Boardroom online conference on Wednesday, Mr Gurría, who has led the Paris-based multilateral organisation representing advanced economies for 14 years, warned of the dangers of the extra debt being taken on by already heavily indebted governments and companies to tackle the coronavirus crisis.

“Right now there is no doubt about it — we should throw the rule book out — because we have the healthcare issues to deal with and if we do this now the overall cost will be lower — but in the end there will be consequences,” Mr Gurria said. “We are going to be heavy on the wing because we are trying to fly and we were already carrying a lot of debt and now we are adding more.”

He added that governments might have to “capitalise” some of this extra debt by bailing out companies or writing off some of the vast loan guarantees they have extended to keep banks lending.

Mr Gurria forecast that many countries’ economies would recover more slowly than initially expected from the record postwar recession that is expected in the first half of this year; it could take at least two years before many countries recover from the shock to their economies.

“I am not convinced that we are going to have a V-shaped recovery,” he said. “I think it will be more like a U. The key thing is to shorten the lower part of the U . . . When you are thinking about the recovery, we don’t know whether it is going to be 2021 or 2022.”

Mr Powell justified the need for further policy action in the US based on evidence that “deeper and longer recessions” tended to leave “lasting damage to the productive capacity of the economy” — and the US risked an “extended period of low productivity growth and stagnant incomes”.

“We ought to do what we can to avoid these outcomes, and that may require additional policy measures. At the Fed, we will continue to use our tools to their fullest until the crisis has passed and the economic recovery is well under way,” he said.

Mr Powell added that fiscal policy could stop a liquidity crisis from turning into a solvency crisis, and suggested that deficit concerns should be on the backburner for now, at least in the US.

“We will eventually have to return to a sustainable fiscal path . . . and I do think the time to do that is during good times when the economy is strong and unemployment is low,” Mr Powell said. “Now when we are facing the biggest shock that the economy has had in modern times is for me not the time to prioritise considerations like that.”