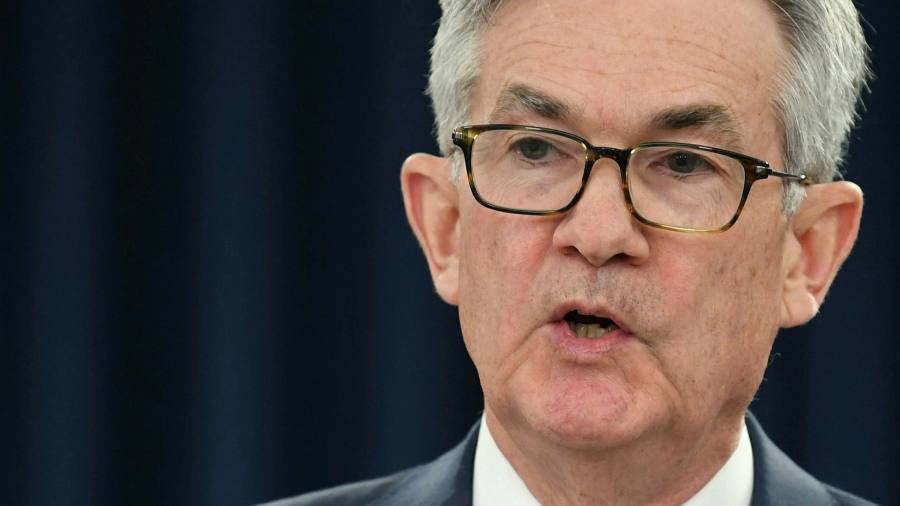 Federal Reserve chair Jay Powell has warned that the US economy may not “fully recover” until there is a vaccine for Covid-19, and possibly not until the end of 2021.

“Assuming there is not a second wave of the coronavirus, I think you will see the economy recover steadily through the second half of this year,” Mr Powell told CBS News in an interview that aired on Sunday. “So, for the economy to fully recover, people will have to be fully confident. And that may have to await the arrival of a vaccine.”

Mr Powell said the economy would eventually recover, but “it may take a while . . . it could stretch through the end of next year, we really don’t know”.

US president Donald Trump said last week that he hoped to have a coronavirus vaccine in production by the end of the year. But public health experts, including Anthony Fauci, the head of the US National Institute of Allergy and Infectious Diseases, and Rick Bright, the recently ousted head of the US Biomedical Advanced Research and Development Authority, have warned the process is likely to take longer.

Dr Fauci, a high-profile member of Mr Trump’s coronavirus task force, has said he expects the search for a vaccine to take at least a year to 18 months. Mr Bright told Congress last week that he thought Dr Fauci was being too optimistic.

Mr Powell said last week that “additional policy measures” might be needed from the Fed and fiscal authorities to prevent greater long-term damage to the US economy.

The Fed’s crisis-fighting measures, including cuts in base interest rates to near-zero and a series of special programmes to supply liquidity, have led to sharp rebounds in financial markets from lows in late March.

But economic data remain bleak. US unemployment surged to a postwar high of 14.7 per cent in April, with more than 36m Americans filing for unemployment benefits since the coronavirus pandemic first spread to the world’s largest economy.

The US Congress has already approved nearly $3tn of relief intended to support struggling businesses and individuals, but there is growing consensus in Washington that more fiscal stimulus will be needed — even if Democrats and Republicans are divided over how to dole out federal funds.

But Mitch McConnell, the Senate’s senior Republican, has dismissed the proposed “Heroes Act”, an 1,815-page bill that includes $500bn for state governments and $375bn for local authorities struggling to balance increased costs and lower tax revenues triggered by the pandemic. Republicans are drafting their own proposals, including a “liability shield” for businesses to avoid litigation stemming from workers contracting coronavirus while at work.

Mr Trump has repeatedly called for the next stimulus to include a cut to payroll taxes — deductions for entitlements such as social security and Medicare. Last week, Larry Kudlow, the top White House economic adviser, suggested lower corporate taxes and looser business regulation should be part of any future relief package.

The Trump administration has taken a more bullish stance on the US economy than Mr Powell, with White House officials repeatedly insisting that the economy will bounce back before the end of the year.

At the same time, Mr Trump’s allies say the president, who is seeking re-election this year, is preparing to ground his campaign in the argument that he is better qualified than presumptive Democratic nominee Joe Biden to rebuild the economy.

The president has leaned on state governors to reopen businesses and lift lockdown restrictions in recent days, even as experts including Dr Fauci have warned that a pre-emptive reopening could lead to “suffering and death”.

At the weekend, Peter Navarro, a senior trade adviser to Mr Trump, claimed continued lockdowns would “kill more people than the virus” because hospitals were not screening for cancer or carrying out other medical procedures unrelated to coronavirus.

“If you contrast like this complete lockdown where some of the people in the medical community want to just run and hide until the virus is extinguished, that’s going to not only take a huge toll on the American economy, it’s going to kill many more people than virus, the China virus ever would,” Mr Navarro told NBC News.