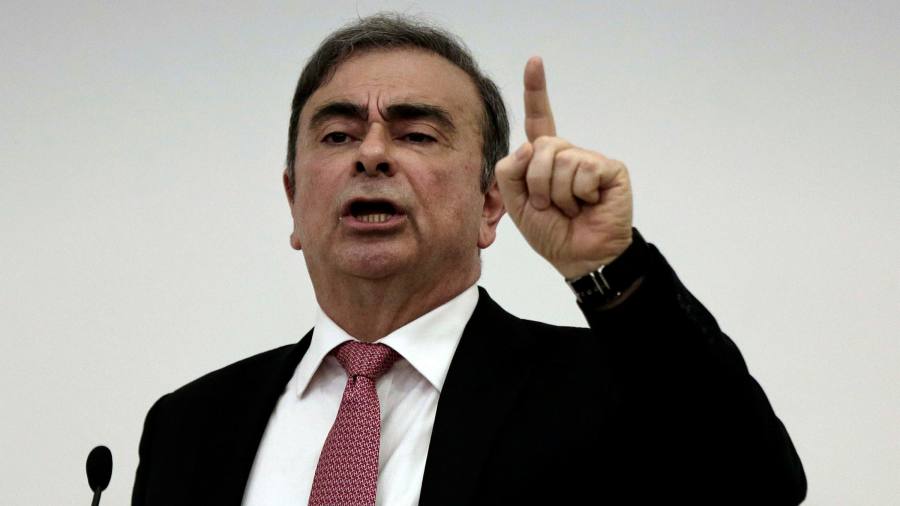 The US has arrested two men accused of helping Carlos Ghosn flee Japan last year, in the latest twist of the long-running legal saga surrounding the former Nissan chief executive.

Michael Taylor and his son, Peter Taylor, are wanted by Japanese authorities for allegedly assisting in Mr Ghosn’s dramatic escape in December from Japan where he was on bail awaiting trial on charges of financial crimes.

Mr Ghosn led Nissan for almost two decades before his arrest in 2018. He was accused, among other things, of misstating his compensation. He has denied any wrongdoing and denounced the charges as being part of a plot to oust him from the company.

His escape from Japan was “one of the most brazen and well-orchestrated escape acts in recent history”, US prosecutors said in court filings, involving “a dizzying array of hotel meetups, bullet train travel, fake personas, and the chartering of a private jet”.

“Ultimately, Ghosn was hidden in a large black box and whisked out of Japan in the private jet without detection by Japanese authorities,” US prosecutors said.

The two men were arrested on Wednesday — just before Peter Taylor was set to fly from Boston to Beirut, Lebanon, according to the court papers. Mr Ghosn presently resides in Beirut.

Both Michael and Peter Taylor are due to appear before a federal judge on Wednesday afternoon.

The Boston US attorney’s office said the men were arrested pursuant to Japanese warrants. Prosecutors have asked that both men be denied bail while they await extradition, arguing that they are “not just capable of fleeing while on bond” but are “expert[s] on the subject”.

Japanese authorities initially issued arrest warrants for the pair in January. In February, Michael Taylor, a former US Army Green Beret, flew from Dubai to Boston, followed by his son the next month, according to the court papers.

Japan subsequently filed requests for their extradition after they returned to the US. On May 6, the US requested arrest warrants for both men.

Prosecutors urged the court not to release either man on bail on the grounds that they could contract coronavirus while in prison, arguing that neither were at high risk. They warned of “serious diplomatic repercussions” if the men were granted bail and absconded.

Michael Taylor has previously served 14 months in prison for his involvement in a kickback scheme linked to $54m of military contracts in Afghanistan.