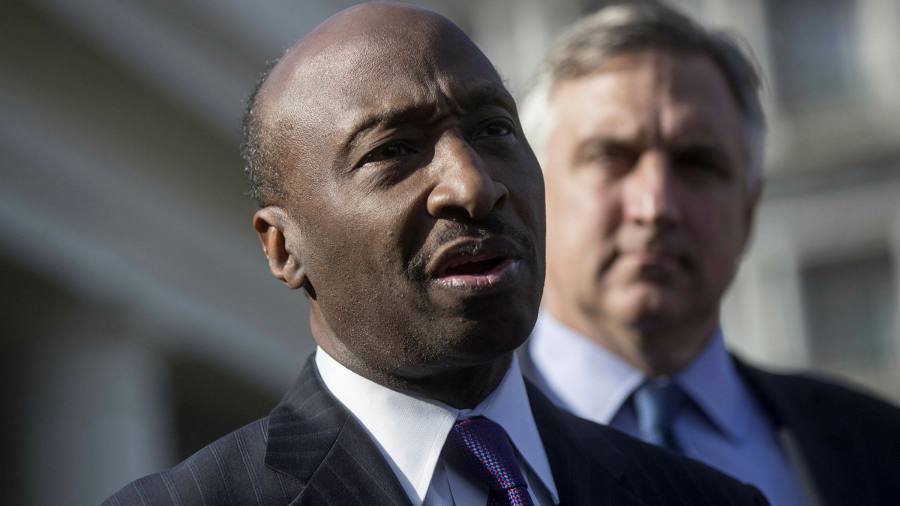 “It is not something I would put out there that I would want to hold Merck to,” the US pharmaceutical group’s chief told the Financial Times, adding that vaccines should be tested in “very large” clinical trials that take several months if not years to complete.

“You want to make sure that when you put a vaccine into millions if not billions of people, it is safe,” he said.

Mr Frazier’s intervention comes less than two weeks after the US government launched project Operation Warp Speed in a bid to dramatically reduce the amount of time it will take to develop a vaccine. At the time, President Donald Trump said he hoped to have a vaccine in production “by the end of the year or shortly thereafter”.

Other members of the White House coronavirus task force, such as Dr Anthony Fauci, the director of the National Institute of Allergy and Infectious Diseases, have been more cautious, suggesting the earliest a vaccine could be ready is in 12 to 18 months.

However, the chief executive of Merck — which has a long history of developing vaccines — refused to sign up to the 12 to 18-month timetable as he announced his company was developing two coronavirus vaccines as well as a drug for infected patients.

“Our experience suggests those are very aggressive compared to other timelines for getting a safe and effective vaccine,” Mr Frazier said, when asked whether he thought the oft-repeated goal was realistic.

Mr Frazier’s comments came as Merck announced it was acquiring Themis Bioscience, a privately held biotech company based in Vienna that has been developing a coronavirus vaccine. He said the vaccine, based on a measles jab, would start being tested in humans “in just a few weeks”.

“We’ve used it in billions of people for measles and feel quite confident it can confer a level of immunity with a single dose,” Mr Frazier said.

Merck also announced a partnership with IAVI, a non-profit group, to develop a vaccine using a technology platform that was the basis for Merck’s successful Ebola vaccine.

Merck’s decision to work on vaccines where it already has experience of the underlying technology contrasts with some rival drugmakers who are pursuing candidates based on less-proven science that could yield quicker results but carry a higher risk of failure.

Moderna, a US biotech company that is one of the frontrunners in the race to develop a vaccine, is using a “messenger RNA” (mRNA) platform that has never yielded a product approved by regulators.

Mr Frazier compared the underlying platform used to develop a vaccine or a drug to the “hardware in a computer system”. He added: “It helps to start with hardware you know. Some of the other approaches give the promise of faster progress, but we have to be clear none of those approaches have produced an approved vaccine, and no one has tried to scale them up.”

He said Merck had decided against an mRNA approach because the company did not believe it could be administered to people with a single dose, meaning they might have to undergo a follow-up jab.

“Speed is one factor, but in some ways we don’t really accept the concept of a race,” he said. “We understand the urgency, but our goal isn’t to be the frontrunner in the early stages — it’s to develop a vaccine that is safe and effective.”

Merck also announced a licensing agreement with Ridgeback Biotherapeutics, a small US biotech company, to develop an experimental drug to treat patients already infected with coronavirus. If successful, the oral antiviral drug — which is given in the form of a pill — could become a more convenient rival to Gilead’s remdesivir, which has to be given intravenously.

The company did not disclose the financial terms of its acquisition of Themis, the partnership with IAVI or the licensing deal with Ridgeback.