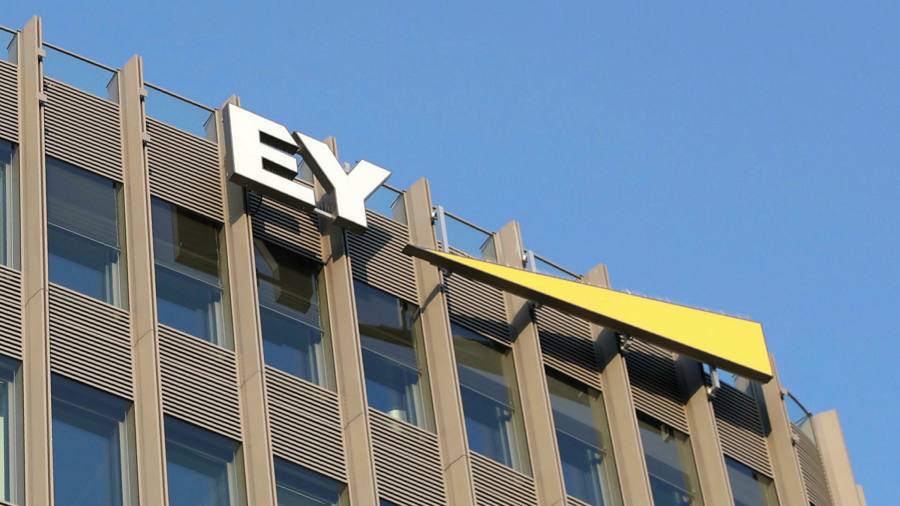 EY has told its partners how to prepare for difficult conversations with clients about its audits of Wirecard, the German payments company that has filed for insolvency after admitting that €1.9bn of cash probably never existed.

In an internal note to senior partners on Friday, EY advised them to tell clients that the “objective” of the large international fraud at Wirecard was to “deceive investors and EY”.

It also provided partners with “summary talking points” about the scandal — the largest accounting fraud in German postwar history — and said they should contact EY general counsel for Europe, Sajid Hussein, or head of risk management for the region, Jonathan Blackmore, “to assist with client discussions”.

The Financial Times revealed last week that Wirecard’s auditors in EY’s German office failed for at least three years to request crucial account information from a Singapore bank where Wirecard claimed it had up to €1bn in cash, a routine audit procedure that could have uncovered the fraud.

Wirecard’s new chief executive James Freis, Deutsche Börse’s former head of compliance who joined Wirecard only this month, has in recent days told supervisory board members that basic checks should have been enough to spot the scandal, according to people briefed on the discussions.

The company said on Saturday that its business activities would continue despite the insolvency and that Wirecard Bank, which holds most of the group’s licences to process credit card payments, is not part of the insolvency proceedings.

However, it has suspended the payment of June salaries to its employees in Germany, France, Luxembourg and some other countries, according to people with first-hand knowledge of the matter, while the bulk of the 5,400 staff employed by subsidiaries elsewhere have received this month’s pay.

Mr Freis told the board that he did not understand how the fraud could have remained undetected for so long. The comments by Mr Freis were first reported by Süddeutsche Zeitung. Wirecard and Mr Freis declined to comment.

In its memo to senior partners, EY claimed responsibility for discovering the fraud, despite signing off Wirecard’s accounts for more than a decade in the face of growing questions about its accounting practices from journalists and certain investors.

The Netherlands-based shareholder rights group European Investors VEB on Friday called for a “thorough investigation” of EY’s work at Wirecard to be led by Germany’s financial watchdog BaFin.

“EY’s performance is unacceptable,” said Paul Koster, chief executive of the group, adding that it would seek compensation “for the significant damages caused by EY”.

EY said it would not comment on internal communications or pending litigation. It said: “We’ve established that third parties, with a deliberate aim to deceive, provided EY with false documentation in connection with its 2019 Wirecard audit. The extent and sophistication of these suggest a large-scale international fraud at Wirecard.”

EY informed Wirecard’s board in June that €1.9bn of cash apparently held in bank accounts in the Philippines probably did not exist, after special auditors at KPMG — brought in by Wirecard’s supervisory board last year to investigate allegations reported by the Financial Times — said they were unable to verify significant account balances.

The audit firm advised its partners to tell their clients: “There are indications that this was an elaborate and sophisticated fraud with the deliberate aim of deceiving our audit team in Germany.

“The CEO is accused of having inflated the balance sheet total and sales volume of Wirecard, likely in co-operation with other perpetrators, by feigning income . . . to make the company more financially powerful and more attractive for investors and customers.”

A number of people close to EY said the scandal had caused dismay among some partners around Europe, particularly in non-audit teams, who feared that a backlash would affect client relationships and undermine EY’s brand.

The firm is already facing a lawsuit in Germany brought on behalf of Wirecard investors by Wolfgang Schirp, a Berlin lawyer. About 1,500 investors have joined the case, which is seeking up to €1bn in compensation from EY, according to Mr Schirp.

One EY partner based in the UK said the matter could encourage non-audit partners to push harder for separation from the audit part of the firm.

The “Big Four” auditors have been under pressure from UK regulators and politicians to move towards this type of reorganisation.

The EY partner said: “Wirecard is unlikely to bring down the German firm in my view, but it has stoked many fires across the business and, depending on the nature of regulatory interventions, I wonder if this will accelerate calls for separation from within, not just from the outside. Some partners have already had enough.”