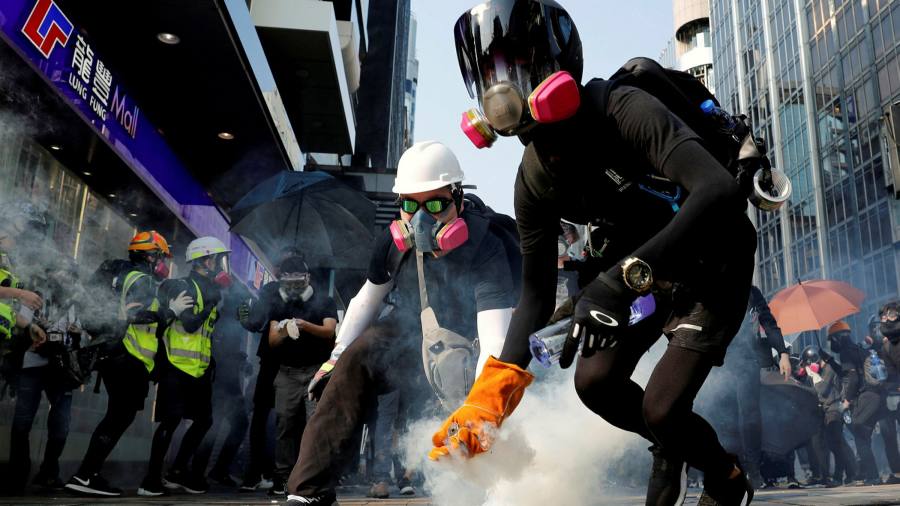 China’s top legislative body has passed a national security law for Hong Kong in a move expected to trigger countermeasures from the US and other western countries.

Tam Yiu-chung, a member of the Standing Committee of the National People’s Congress, said full details of the law would only be released once the meeting closed on Tuesday afternoon.

But guidance previously provided by the Beijing government, which rushed the bill through its rubber-stamp parliament in record time, has led to concerns the measure will threaten the territory’s high level of autonomy.

Beijing inserted the law into Hong Kong’s legal code without releasing a draft for local consultation or running it through the city’s legislature.

The legislation was introduced after the territory was rocked by anti-government protests last year that Beijing said were inspired by foreign forces.

Critics argue the legislation will violate freedoms granted to Hong Kong on its handover to China in 1997 and undermine the rule of law in the city that has helped underpin its success as an international financial centre.

The law is expected to criminalise acts of secession, subversion, terrorism and “collusion” with foreign forces.

The UK and US had already warned of countermeasures if the law was passed. President Donald Trump said he would rescind Hong Kong’s trade and travel privileges and treat it in the same way as China, meaning citizens could face much higher visa barriers to the US. The US said on Monday it would ban the export of American weapons and sensitive technology to Hong Kong.

The UK said it would prepare a “pathway to citizenship” for as many as 3m Hong Kongers who were eligible to apply for British National (Overseas) passports.

On Monday, Zhao Lijian, China’s foreign ministry spokesman, said US officials guilty of “odious behaviour” related to Hong Kong would face visa restrictions. Mr Zhao made the threat after the US Senate passed a bill that would impose sanctions on Chinese officials who undermined Hong Kong’s semi-autonomous status.

China’s parliament called an extraordinary meeting this week to pass the law, which was only announced six weeks go. Beijing officials claim the law is needed to counter “foreign forces” that they allege are supporting Hong Kong’s pro-democracy protests.

Many Hong Kongers fear the national security law will limit freedom of speech. Others hope it will put an end to the upheaval created by last year’s months-long protests.

Core members of the pro-democracy organisation Demosisto, including Joshua Wong, Nathan Law and Agnes Chow, quit the political group on Tuesday morning. Mr Wong said the law would endanger the personal safety of those who engage in democratic resistance in Hong Kong and he would continue the fight “in his own capacity”.

A pro-independence group, Hong Kong National Front, also said on social media it would dismiss all members in Hong Kong but operations would continue overseas.

The announcement risks sparking a big protest on Wednesday. July 1 is an official holiday that marks the 23rd anniversary of the former British colony’s return to Chinese sovereignty. The day has become associated with pro-democracy protests since 2003, when some 500,000 people marched to oppose a national security law that was later withdrawn.

Public gatherings have been banned by the police, who have cited social-distancing restrictions during the Covid-19 pandemic, even though large parts of the city have returned to life as normal.

According to details previously released by China’s official government news agency Xinhua, under the new law Chinese state security agencies will be allowed to operate openly in Hong Kong for the first time. The Chinese government will have jurisdiction over “extremely small” number of national security crimes in the territory.