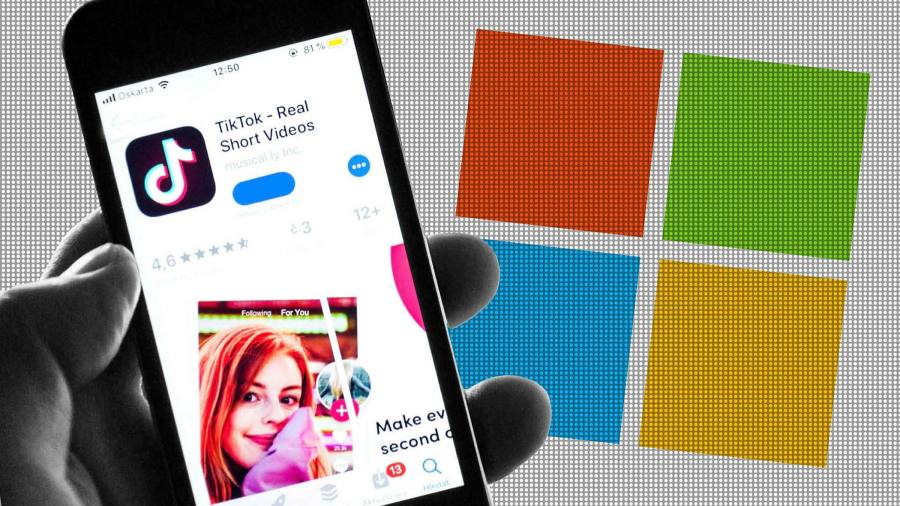 Microsoft is chasing a deal to buy all of TikTok’s global business, including the viral video app’s operations in India and Europe, according to five people with knowledge of the talks.

The US software company said on Sunday it was in negotiations with ByteDance, the Chinese owner of TikTok, to explore “a purchase of the TikTok service in the United States, Canada, Australia, and New Zealand”.

But Microsoft has since also pursued a plan that would include all countries where TikTok operates. TikTok does not operate in China, and such a deal would not extend to its China-facing sister app Douyin.

Meanwhile, Microsoft executives have sought to assuage the Chinese government as it seeks to avoid being caught in cross fire between Beijing and Washington, two of the people said. One person close to Microsoft pushed back on the suggestion that the US tech group was discussing asset swaps in China as part of a deal.

The shift from Sunday underscores how preliminary the talks between the two sides remain as they race to meet a mid-September deadline to reach a deal and prevent TikTok from being banned in the US.

One person close to ByteDance’s Asia-Pacific operations suggested that Microsoft had been attracted to the idea of buying all of TikTok’s global business by the difficulty of separating back-office functions such as HR and to ensure that TikTok users in one country could still use the app if they travelled to another.

On Monday Donald Trump, US president, said it was “probably easier to buy the whole thing than to buy 30 per cent of it”. He also said that whoever bought TikTok would have to pay a “substantial” fee to the US Treasury.

Any eventual deal may take a variety of forms, the people who spoke to the Financial Times said. They highlighted a long list of obstacles that stand in the way of a transaction, including price.

One person involved said the discussions were like “multi-dimensional chess” given the number of stakeholders in the process, including governments and minority shareholders in ByteDance.

Evenadding the entire business to any deal does not resolve the enormous challenge of untangling TikTok’s technology from ByteDance. ByteDance had previously been working on separating the data and algorithms between China and the rest of the world before the talks began, employees said.

Microsoft has discussed adding an agreement whereby it would have one year to separate TikTok from its Chinese parent and address US government concerns over the security of the data generated by the app.

Two people following the talks closely said that the timeframe would be difficult to meet, with one of them going so far as to say it could take between five and eight years to fully separate the software.

#techFT brings you news, comment and analysis on the big companies, technologies and issues shaping this fastest moving of sectors from specialists based around the world. Click here to get #techFT in your inbox.

India is TikTok’s biggest market, with more than 650m downloads according to Sensor Tower data. But it has been banned in India since the end of June, when the government put it on a blacklist of 59 Chinese mobile apps that it accused of threatening national security.

A purchase by Microsoft may help restore its fortunes by removing the stigma of Chinese ownership at a time when anti-China sentiment has been inflamed by a deadly clash between Indian and Chinese soldiers in the Himalayas earlier this year.

One person close to ByteDance in India said there was a “deal in the works” with Microsoft for TikTok India but that if it fell through, ByteDance could sell TikTok India either to foreign investors or Indian buyers. ByteDance would then license its technology to the company and share revenue.