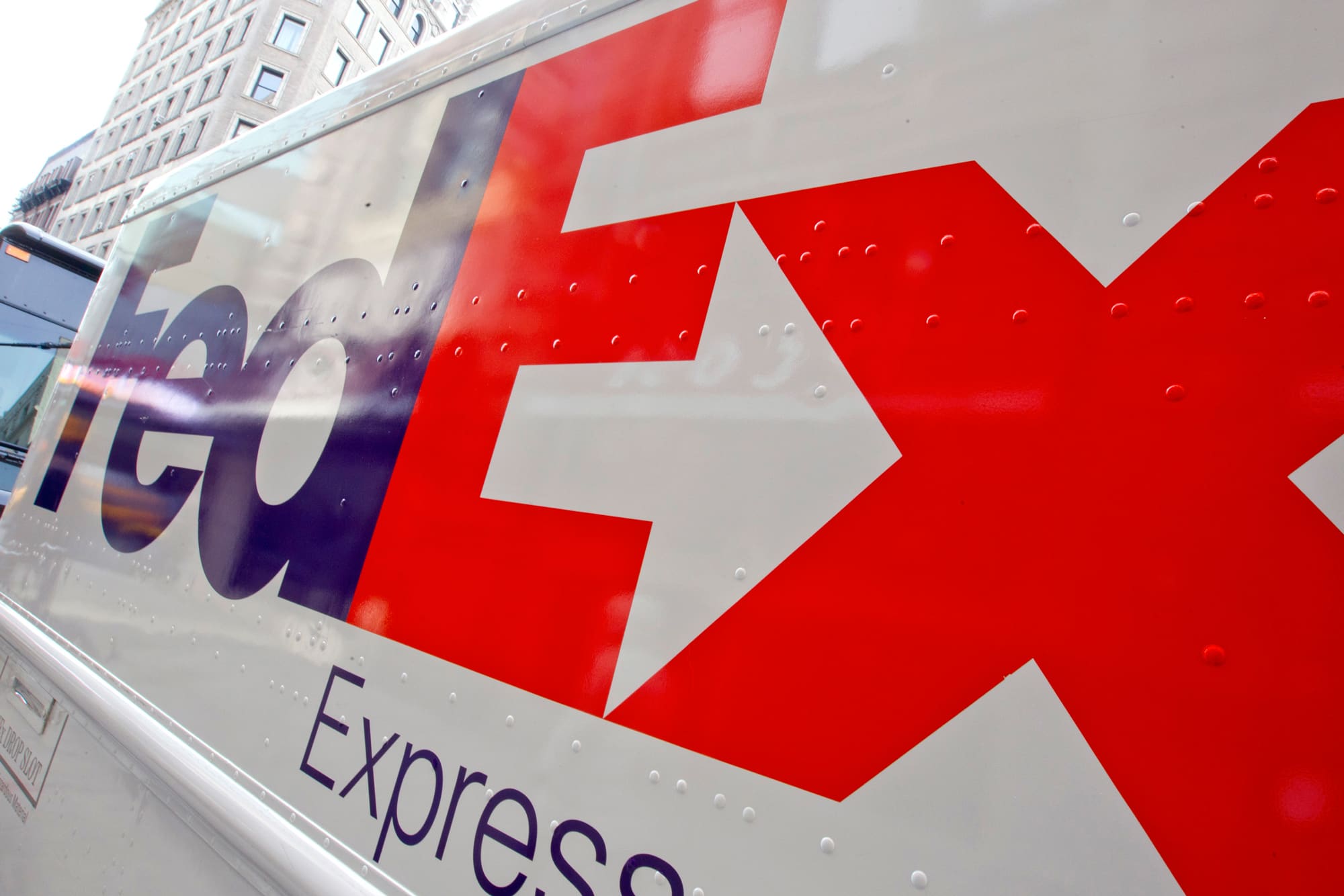 A FedEx logo on a delivery truck

Check out the companies making headlines in midday trading.

Groupon — Shares of  Groupon soared more than 43%, on pace for its best day ever back to its IPO in 2011. The surge came after the online marketplace reported a narrower-than-expected second-quarter loss and revenue that was more than double analyst estimates. Groupon posted a loss of 93 cents per share on revenue of $396 million. Analysts estimated a loss per share of $2.75 on revenue of $183 million, according to FactSet.

Dish Network — Shares of Dish Network jumped 4% after the satellite TV company reported better-than-expected quarterly results. Dish posted earnings of 78 cents per share in the last quarter, 19 cents above estimates, according to Refinitiv. Its revenue also came in above Wall Street forecasts.

FedEx — Shares jumped more than 4% after the company was named to Stephens’ “Best Idea” list. The firm pointed to 10 positive catalysts, including pricing power and re-acceleration of business-to-business demand. Stephens also lifted its price target on the stock to $215, which is about 19% above where it currently trades.

Dropbox — Dropbox shares sank 9.3% in midday trading after the company beat per-share earnings estimates by 5 cents, with quarterly income of 22 cents per share. The file-sharing service’s top-line results also came in above estimates thanks to a surge in demand from employees working at home. Its equity came under pressure, however, after average revenue per user fell from a year earlier. Separately, the company announced the resignation of Chief Financial Officer Ajay Vashee.

Uber — The ridesharing and delivery stock dropped more than 5% after the company’s second-quarter report showed a revenue decline of 29% and an even sharper fall in the core ridesharing business. The company reported an adjusted earnings loss of $1.02 per share, worse than the 86-cent loss projected by analysts, according to Refinitiv. Uber’s delivery bookings more than doubled year-over-year and beat Wall Street expectations.

Zillow Group — Shares of Zillow Group rallied more than 15% on the back of stronger-than-expected results for the previous quarter. The real estate database company reported second-quarter revenue of $768 million, topping a Refinitiv estimate of $615 million. On the bottom line, the company broke even while analysts expected a loss of 48 cents per share. CEO Rich Barton said Zillow’s results were “even better than we had hoped, and firm up our belief that powerful tailwinds in both real estate and technology are rapidly converging.”

Subscribe to CNBC PRO for exclusive insights and analysis, and live business day programming from around the world.