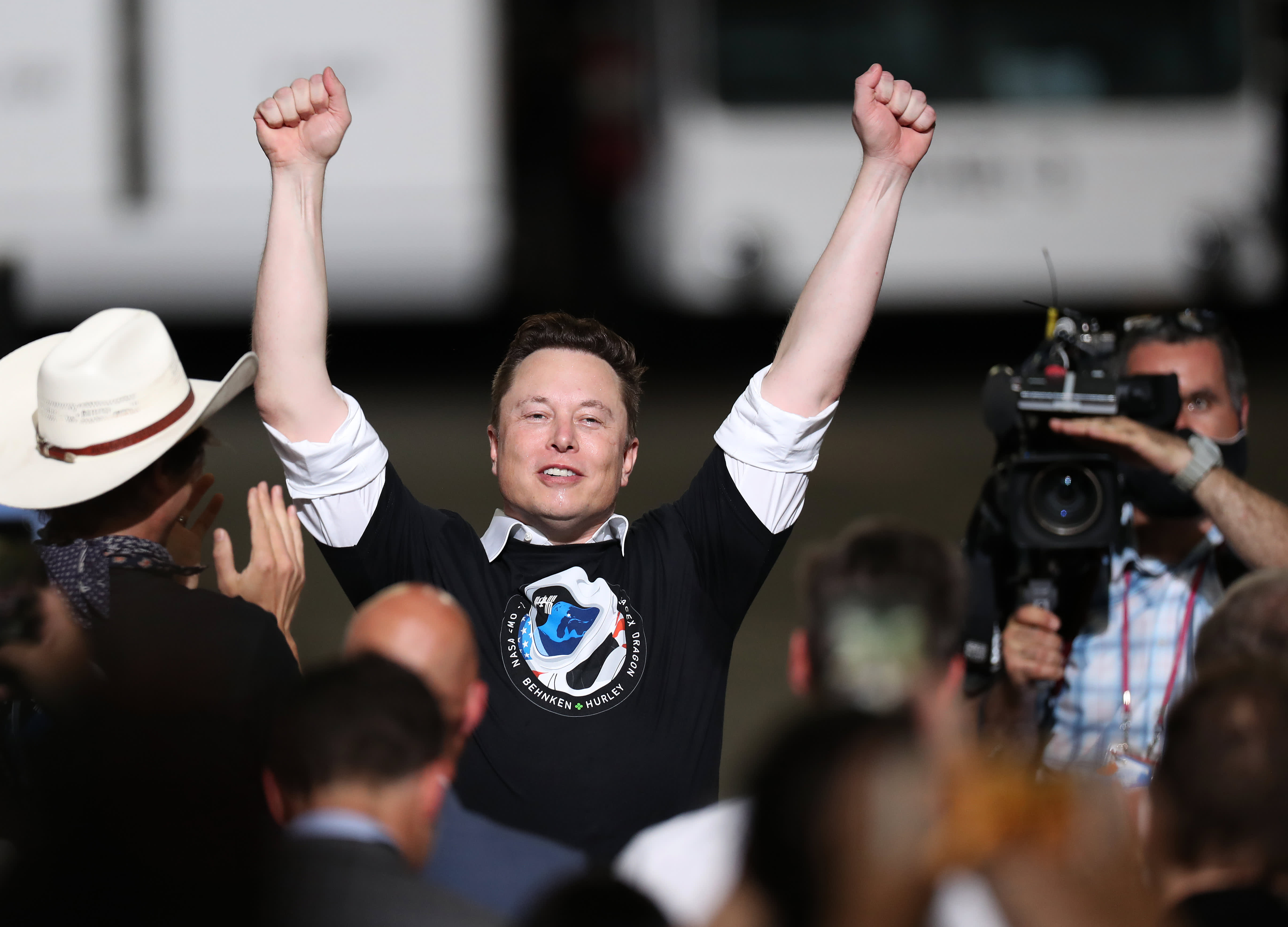 Spacex founder Elon Musk celebrates after the successful launch of the SpaceX Falcon 9 rocket with the Crew Dragon spacecraft at the Kennedy Space Center on May 30, 2020 in Cape Canaveral, Florida.

Check out the companies making headlines in midday trading.

Tesla — Shares of the electric carmaker jumped more than 9% after the electric carmaker announced late Tuesday a five-for-one stock split in a move to make its shares more accessible. However, nothing about the security fundamentally changes. The additional shares will be granted on August 28 to all those who hold the stock as of August 21.

American Eagle Outfitters – Shares of the retailer jumped more than 3% after JPMorgan upgraded the company to an overweight rating. “We see the AEO story at a positive multi-year inflection point with Aerie’s double digit top/bottom-line profile,” the firm said, noting “multi-year casual/athletic tailwinds for Aerie.”

Roku – Shares of the streaming service provider rose more than 2% after Deutsche Bank initiated coverage on the stock with a buy rating. “Roku is the market leader in the connected TV (CTV) market … and is seeing strong growth opportunities as more consumers and advertisers spend time and money on streaming content,” the firm said. Deutsche Bank’s $185 target is about 23% above where the stock currently trades.

Brinker International – Shares of Brinker International soared more than 8% after the parent of the Chili’s reported better-than-expected quarterly results. Brinker reported an adjusted quarterly loss of 88 cents per share, smaller than the loss of $1.37 that Wall Street analysts had predicted, according to Refinitiv.  The company also projected a smaller loss for the current quarter.

Moderna – Shares of Moderna gained about 1% after President Donald Trump announced the U.S. government will purchase 100 million doses of the biotech’s experimental coronavirus vaccine, which is currently in late-stage human trials. The deal will give the federal government the option to purchase up to 400 million additional doses.

Target — The retail stock rose 1.4% after JPMorgan added it to its analyst focus list. The firm said in a note that Target’s growing market share has earned it a premium in valuation. The company reports its latest quarterly results next week.

Subscribe to CNBC PRO for exclusive insights and analysis, and live business day programming from around the world.