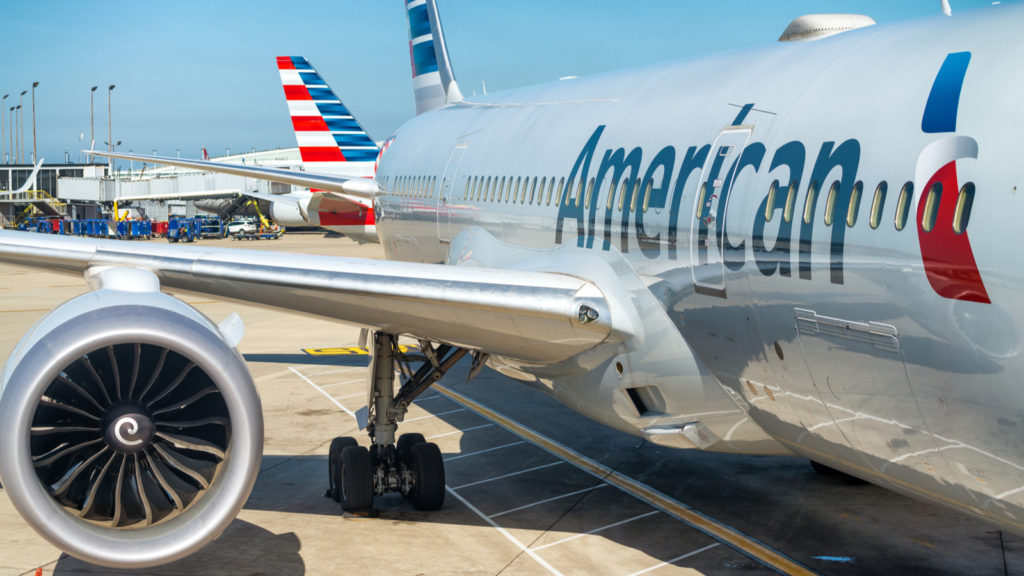 American Airlines (NASDAQ:AAL) stock enjoyed a modest recovery. Shares spiked up to $20 in June as hopes of a V-shaped recovery emerged. Since then, however, the novel coronavirus formed a second wave. U.S. passenger traffic stalled, and with it, so did the airline stocks. AAL stock fell back to just $11 a share.

Now, however, it’s on the mend. Hopes of more government aid are leading the turnaround. Last week, news agencies reported that a large number of Republican senators are willing to extend more payroll assistance to the airlines to keep their employees backstopped through the end of 2020.

As things stand now, the current government payroll assistance is set to run out next month. When it ends, the airlines are planning major employee furloughs, and they’ve already been paying out early retirement bonuses to get older employees to quit. Delta (NYSE:DAL), for example, is letting go of a fifth of its staff via buyouts and early retirements.

So, additional government aid or not, the airlines are shrinking their workforces dramatically. That’s logical, as traffic isn’t likely to get back to 2019 levels until 2023, according to reports from industry analysts such as Moody’s. And there is almost zero chance the government will be backstopping the industry all the way through 2023.

It’s worth noting that the U.S. airline industry didn’t return to overall profitability until 2007 after the Sept. 11, 2001 attacks. Airlines earn single-digit profit margins when things are going right. Running a negative 50% or negative 75% profit margin for a year destroys profits from many good years, and often forces an airline through Chapter 11 reorganization or a total liquidation.

I don’t get the sense that traders have really worked through the math on what it would take for the airlines to recover. And American’s situation is particularly dire as it is the most indebted of the major carriers.

Let’s put some concrete numbers to it, using Q2 results. The company lost $2.7 billion on a pre-tax basis. Excluding special items, it would have lost $4.3 billion from operations. The special items are predominantly the government’s targeted employee aid, as American scored $1.8 billion in government funds on that front.

So, from operating its largely empty airplanes, American lost $4.3 billion in a three-month span, or nearly $50 million a day in operations.

Thanks to getting to claw back taxes as it is now losing money, the overall net loss was $3.4 billion, or $8/share – nearly $3 a share of loss per month. As a reminder, AAL stock is trading at around $14. So five months of this, and the equity would reach zero, assuming it’s theoretically worth $14 now.

However, thanks to the government aid, American only lost $2.1 billion ($5 a share) instead of $3.4 billion over the past three months. At $5/share of losses per quarter, American will burn through its remaining equity value by spring of 2021. Not a big difference, really.

Put another way, even with the government’s most generous assistance in Q2, and also including the retroactive tax benefits – all-in – American still lost more than $23 million each and every day.

Won’t Get Much Better Soon

Airline traffic is running around of 30% of capacity. So airlines are losing money at gargantuan proportions now. Analysts such as Moody’s suggest that airlines may get back to 50% to 60% of 2019 traffic levels relatively quickly and then spend years reclaiming the rest of the share. Importantly, the most valuable traffic – high-spending business – has barely come back at all.

American’s book value is negative $7 per share. Meaning that if you suspended operations, sold the brand and assets to outsiders and paid off creditors, you’d have nothing left over. Not only that, you’d have $5 billion of American’s outstanding liabilities that wouldn’t get paid either. And even that book value is probably optimistic.

What do you think airline assets would fetch at an auction in today’s environment?

That is to say, American is deeply insolvent. And every passing day, it runs up tens of millions more of additional debt. It will be years – maybe 2023 or 2024 – before airlines can dream of operating at great profitability again.

Who is going to string American and its billions of dollars of net liabilities along? The government may give it more money for a few more months, but that’s only targeted at saving employee jobs. As demonstrated above, even the government’s huge bailout in Q2 barely dented American’s prodigious losses.

American is insolvent and likely faces bankruptcy down the line. This is in contrast to other operators. Airlines like Southwest (NYSE:LUV) and Delta are salvageable because they have meaningfully positive book values. The equity slice is still worth something. When the government puts more money in, it adds more cushion before the equity value erodes away to zero.

With American, however, the equity is under water due to all the debt. Not only that, creditors are going to suffer huge losses – $5 billion or more if American went broke today, and it will get worse with every passing day.

The bond market recognizes this. American’s 5% debt maturing in 2022 trades at just 66 cents on the dollar as of this writing. That works out to an annualized interest rate of more than 30% for anyone brave enough to buy that offering. Needless to say, when a company’s bonds are yielding 30%, there’s a good chance the stock is not long for this world.

Odds favor American being restructured in coming months or years. As such, investors should avoid American stock.

Ian Bezek has written more than 1,000 articles for InvestorPlace.com and Seeking Alpha. He also worked as a Junior Analyst for Kerrisdale Capital, a $300 million New York City-based hedge fund. You can reach him on Twitter at @irbezek. At the time of this writing, Ian Bezek held a short position in AAL stock.