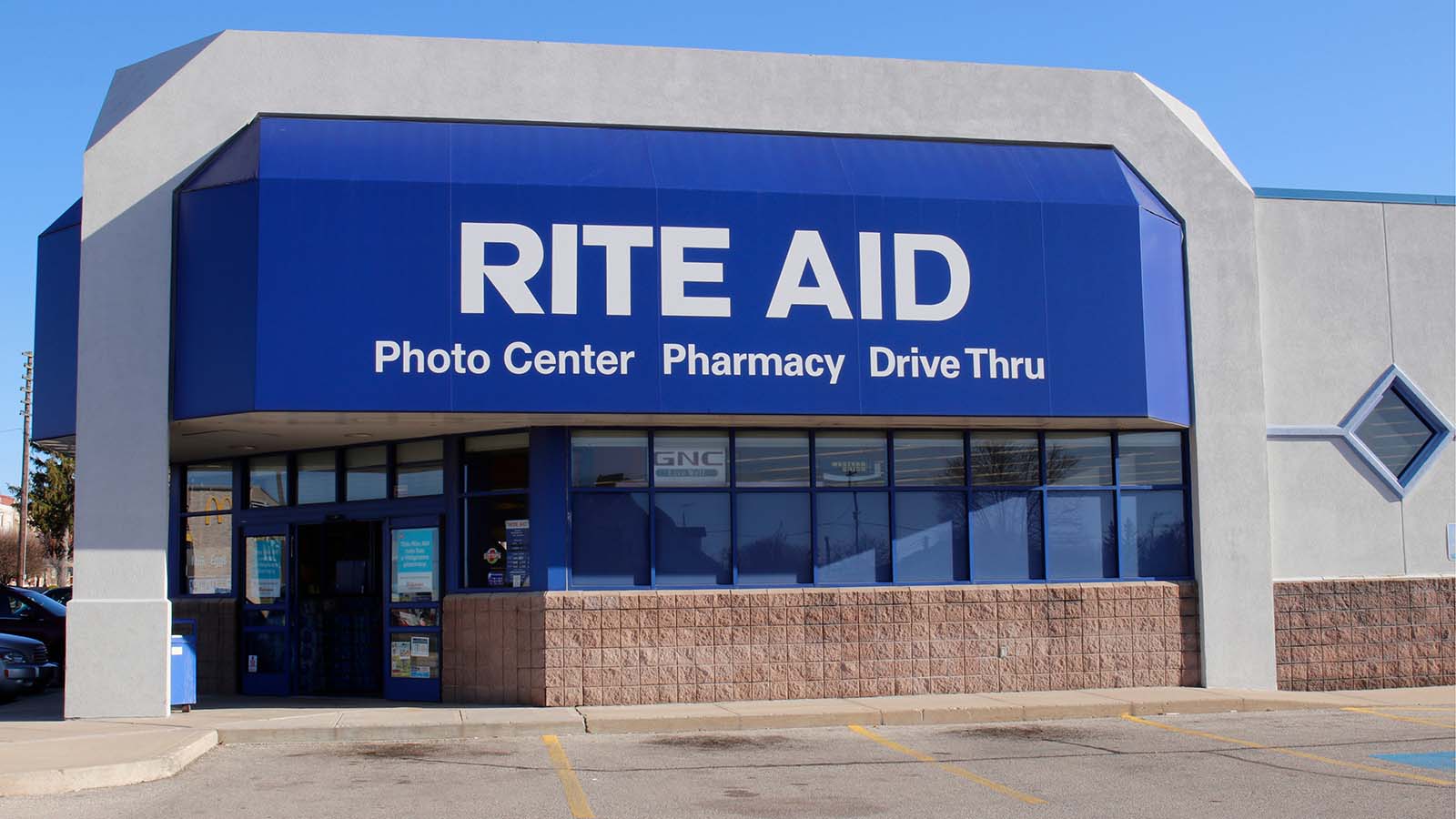 There’s a narrative surrounding Rite Aid (NYSE:RAD) stock that I don’t completely agree with. According to that narrative, RAD stock is a ‘cheap’ bet on a potential turnaround under new management.

Shareholders understandably were frustrated (to put it mildly) with former CEO John Standley. Standley’s compensation was enormous. Meanwhile, RAD stock went from near $9 to under $1 before last year’s reverse split. Mergers with both Walgreens Boots Alliance (NASDAQ:WBA) and grocer Albertsons both fell through.

Get Standley out of the top spot, the story went, and Rite Aid stock would finally rally. And that’s actually happened: RAD stock has gained nearly 90% since Donigan took over.

The problem for RAD stock is that isn’t the entire story. Yes, shares have rallied, but in large part due to a single quarterly beat back in December. Execution probably was lacking under Standley, but it’s not as if Rite Aid itself is forecasting suddenly torrid growth going forward.

Meanwhile, the pharmacy sector continues to face significant headwinds which are weighing on current growth. Debt is a significant issue. Competition going forward is only going to get more intense.

There are problems here that can’t be fixed simply by swapping out top executives. Those problems mean a Rite Aid turnaround will be much more difficult than bulls hope it will be.

Profits fell at a faster clip. Adjusted EBITDA (earnings before interest, taxes, depreciation and amortization) dropped 4.5% for the full year.

This isn’t a new problem. Profits declined sharply in FY2018, and simply haven’t recovered. And for investors who believe that the trend is going to change, Rite Aid’s own guidance suggests otherwise.

The company is looking for same-store sales growth of 1.5%-2.5% this year. But even the high end of the guided range for Adjusted EBITDA suggests profits will be flat year-over-year — and down 27% over four years.

An investor can argue that RAD stock is cheap. Though the company is running net losses (even on an adjusted basis), the price-to-sales multiple of 0.04x looks ridiculously attractive.

But a low-margin retailer like Rite Aid is going to see a low P/S multiple. And companies that aren’t growing should have cheap stock prices. Even at these levels, Rite Aid needs to start driving growth to suggest real upside in RAD stock.

Again, Rite Aid itself doesn’t see that growth coming — at least not in FY2021. Even better execution and cost savings are being overrun by industry headwinds.

Here’s how the company described those headwinds in the fiscal fourth quarter release:

The company’s outlook for fiscal 2021 … assumes a decline in reimbursement rates consistent with the decline experienced in fiscal 2020. However, based upon conditions in the generic drug market, the company does not expect to be able to as effectively offset these declines with generic drug purchasing savings as in the prior year.

This is not a new problem. Lower-than-expected generic savings led to a reduction in the fiscal 2019 outlook, which contributed to the end of the Albertsons deal.

Retail pharmacy simply is a brutally difficult business right now. The industry is getting squeezed on both ends — by insurers and by drug makers. New management alone can’t fix that problem.

The Competitive Risk to RAD Stock

Those headwinds may end at some point — or at least stop blowing quite so hard. But the problem with the sector, and with RAD stock in particular, is that external competition is intensifying.

The likes of Walmart (NYSE:WMT) and Costco Wholesale (NASDAQ:COST) are growing their own pharmacy businesses. But the big threat is Amazon (NASDAQ:AMZN).

In 2018, Amazon acquired PillPack, an online pharmacy. As I’ve detailed before, PillPack’s service revolves around the customer, with monthly deliveries of individually-packaged medications with clear instructions.

Rite Aid’s industry is under threat to begin with. Its results simply haven’t been that impressive even with the management change. Now, one of the world’s most innovative companies, with a massive (and growing) base of existing customers, has entered its space.

At the absolute least, Amazon is one more roadblock in the path of Rite Aid’s growth. In a worst-case scenario, declining profits and a debt load still over $3 billion combine to send RAD stock back to the lows and jump-start bankruptcy fears.

Yes, from the right angle, RAD stock is cheap. But there’s more to a stock than its price. And there’s more to the Rite Aid story than a change in management. The rest of that story suggests the company has a difficult path ahead.