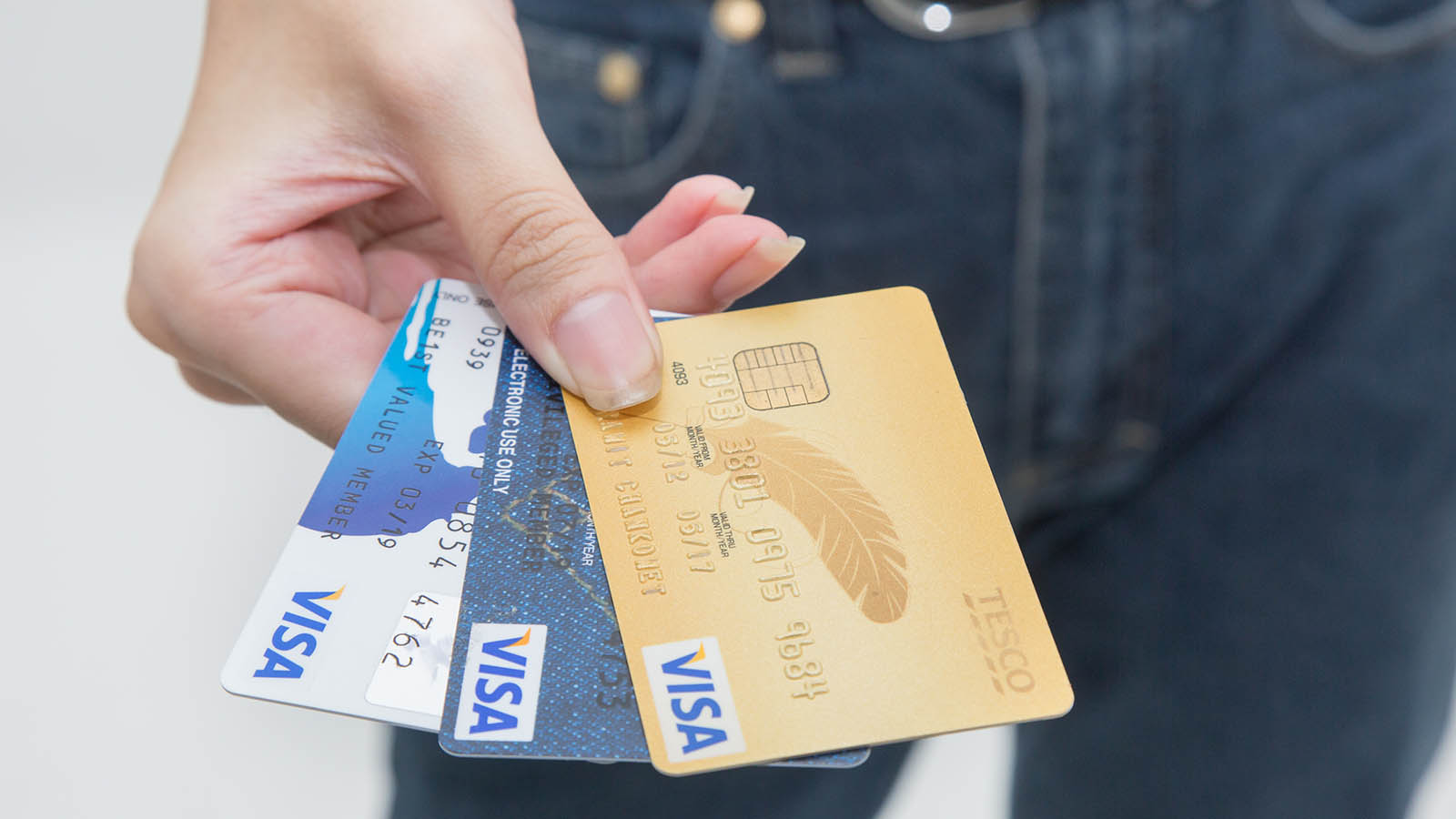 Visa (NYSE:V) is one of the few companies still buying back shares and also paying dividends. That activity directly supports V stock, which now trades above the price it started in 2020 while the S&P 500 index is more than 8% lower.

Moreover, the payments card processor’s continued share repurchases along with its dividend payments show it expects to return much higher cash flow growth. The reason: Visa did not actually generate enough free cash flow (FCF) to cover both the dividends and share buybacks.

For example, Visa reported positive free cash flow for its fiscal second quarter ending March 31. It generated $1.25 billion in free cash flow. But that was not enough to cover both the $668 million in dividends paid out as well as the incredibly high number of shares bought back.

Management paid out $3.14 billion to buy V stock during the quarter. Since they only had $583 million in leftover FCF after dividends, those executives decided to borrow $1 billion. But that still left them short by about $1.56 billion. So they sold some of Visa’s investment securities, about $2 billion worth, to cover the rest of the share repurchases cost.

That tells me a lot. First, it shows that the company is very willing to continue its share repurchase program. It did this even to point of borrowing money and selling off some of its own investment securities to pay for it.

Second, it implies that the company believes that its FCF will continue to grow. For example, the volume of share repurchases actually increased over the prior quarter.

Third, Visa stock will eventually be higher as a result of the buybacks. It helps reduce the supply of shares for the same amount of earnings and dividends. The buying also helps create demand or soak up any selling pressure in the shares.

Lastly, Visa did exactly what you want a profitable company to do. It took advantage of its lower share price and made an investment in its own shares at bargain prices.

Here is how the company put it in a press release on April 30:

“Returned $3.9 billion in capital to shareholders in the form of share repurchases and dividends.”

Let’s think about why Visa did that for a second. It implies that, if Visa were to continue at this pace for a full year, about 3.63% of its stock would be back in the company’s coffers.

But how does that benefit shareholders? To begin with, it increases earnings per share in the future for remaining shareholders. That could lead to growth in its share price.

Equally important, with lower number of outstanding shares, the same amount of dividends paid out results in higher dividends per share. For example, let’s say that over three years, the company buys 3.6% of its shares each year. That would compound into a reduction of 11.3% of its shares over that period.

So, assuming it pays out $660 million in dividends each quarter, that dividend per share level would rise over time. At the beginning, the quarterly dividend would be 33.7 cents per share ($660 million divided by 1.961 billion shares).

But in three years, the quarterly dividend would be 37.9 cents per share, a 12.7% bump in the dividend per share over the three years. That is how dividends per share grow over time from share repurchases.

So you can see this is a way to increase dividends for shareholders, without also increasing the cost of the dividends to the company.

Analysts expect Visa to generate $5.84 in earnings per share by September 2021, 16 months from now. By then, the effects of the COVID-19 pandemic may have dampened a good bit. That puts the stock at a forward price-to-earnings valuation of just over 32 times.

That’s not cheap, but it is probably appropriate for a company that generates so much free cash flow. It also probably reflects a good benefit from the company’s share buyback program. 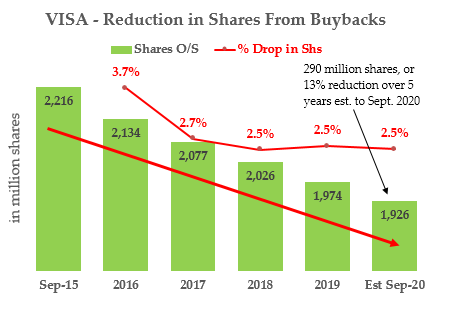 For example, over the past five years, Visa has reduced its own share count by 13%. You can see this in the chart I have prepared above. This shows that the company has steadily bought back about 2.5% to 3.5% of its shares annually.

There are two effects from this buyback activity. First, dividends per share are now 13% higher than they would be otherwise with the same growth in dividends paid out by the company.

Second, combined with the annual dividend yield of about 0.5%, shareholders get an effective return of capital of about 3% to 3.5% per year from Visa.

That is a great return for shareholders. Hold on to V stock if you own it. Try to buy it whenever there is a dip if you are looking for a steady dividend-paying stock.

Mark Hake, CFA runs the Total Yield Value Guide, which you can review here. The Guide focuses on high total yield value stocks. Subscribers receive a two-week free trial. As of this writing, he does not hold a position in any of the aforementioned securities.