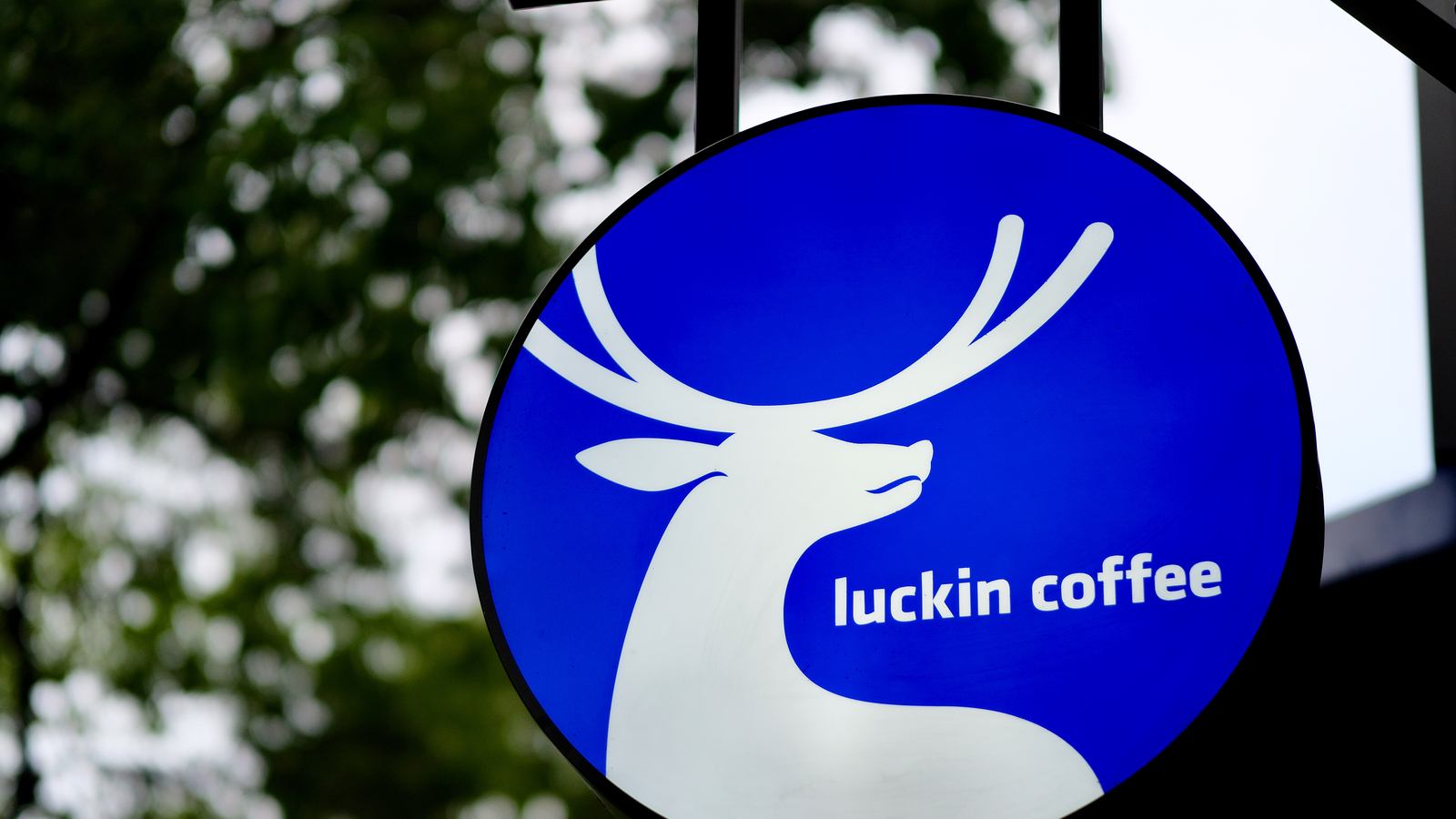 After its epic fall, what’s next for Luckin Coffee (OTCMKTS:LKNCY)? Luckin stock has fallen nearly 94% this year, as an accounting scandal brought this “story stock” to a screeching halt. Once heralded as the “Starbucks (NASDAQ:SBUX) of China,” the company’s epic growth plans are no longer on the table.

Or are they? Even with its tarnished reputation, the company could still clean house, and build itself into a smaller, but still profitable business. Shares may not bounce back to prior price levels. But they’d trade at much higher prices than where the stock trades today.

Yet, given its continued losses, and unaudited balance sheet, there’s plenty of reason why Luckin stock could keep heading lower. Add in the greater-than-expected challenge of grabbing market share from Starbucks, and it’s unclear if or when things will turnaround for this company.

So, what’s the best move? Although a high-risk, high-return proposition sounds appealing, at the end of the day the stock’s best case scenario remains a long shot. With this in mind, avoiding shares remains the best move.

As I wrote back in July, there’s a pathway for Luckin to rise from the ashes. However, there are two hurdles the company needs to contend with. Firstly, cleaning house. A major issue with the company is whether disgraced former Chairman Charles Lu remains in control.

The recent news that two independent directors affiliated with Lu resigned could mean real change is coming to Luckin’s board. Yet, with the potential reinstatement of a former director, said changes may not actually bring real change to the company.

Secondly, Luckin needs to bring itself to profitability. This part’s easier said than done. It’s debatable it has the financial resources to fund further expansion.

The company claims to have $780 million in unaudited cash as of June 30. But the phrase “unaudited cash” shouldn’t give investors much confidence. Until we know how much is in Luckin’s till, all bets are off whether the company has the means to continue growing.

Also, even if the company has enough liquidity, can it still take on Starbucks? At first glance, the company’s “disruptive” business model looked like it had potential. But, taking a closer look, it’s clear the global coffee powerhouse still has an advantage over this homegrown upstart.

The ‘Starbucks of China’ Is Called Starbucks

With so many unknowns surrounding Luckin shares, is the potential upside (shares make a three-digit move higher) worth the risk (shares head back to zero?) Yes and no. On one hand, risking a complete loss at $2.40 per share may be worth it, if the company’s stock has a shot of bouncing back above $10 per share.

But, there’s a lot more to it. What are the chances this company gets its house in order, and becomes a profitable business? There’s little evidence the company has any chance of disrupting Starbucks’ substantial Chinese presence.

Sure, on paper Luckin’s takeout/delivery-focused business model looks like it could give Starbucks a run for its money. But, as InvestorPlace’s Thomas Yeung discussed Aug 6, Chinese customers don’t go to Starbucks for a caffeine fix. Dine-in, not carryout, is the chain’s main business over in China.

And, even if carryout/delivery becomes a larger part of the Chinese coffee market, Starbucks may still hold the edge. As seen from their mobile app partnership with Alibaba (NYSE:BABA), Luckin’s app-based platform looks like an also-ran by comparison.

In short, the odds Luckin becomes a major player in its home market look very unlikely.

With uncertainty over how much cash left in the war chest, and looming evidence the rival it planned to usurp may be more unsinkable than expected, upside potential doesn’t look like it exceeds heavy risks still on the table.

With Turnaround a Longshot, Avoid Luckin for Now

Sure, after a 94% move lower, investors don’t look like they have a lot to lose buying shares at today’s prices. Yet, a turnaround of Luckin remains a long-shot.

Regarding corporate governance, it’s still uncertain whether the company really cleaned house. When it comes to cash on hand, until we get audited numbers, the recently-floated $780 million number doesn’t mean much.

And, diving into the company’s chances of taking on Starbucks, it doesn’t look like Luckin has much of a shot.

So, what’s the play? Granted, the company could surprise. But, chances are Luckin stock heads lower from here, so avoid shares completely.